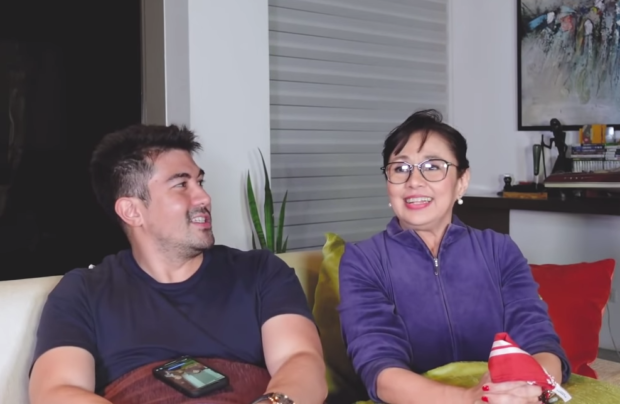 Vilma Santos looked back at the day she and her ex-husband, actor Edu Manzano, told their son Luis Manzano that they were separating.

Santos and Edu married in 1980. Their marriage was annulled two years later in 1982.

“Unfortunately, hindi naging successful ‘yung marriage namin ni [Edu] (my marriage with Edu was not successful.). I think you were four years old then,” the actress-congresswoman recalled while responding to a fan question on Luis and his wife Jessy Mendiola’s YouTube vlog yesterday, Aug. 24.

The Star for All Seasons recalled that she and Edu took then-preschooler Luis to the Libingan ng mga Bayani, where they told him about their separation.

“Sa Libingan ng mga Bayani, kasi walang tao doon,” Santos said to her son. “Basta ‘yun ang naaalala ko, kinausap ka naming dalawa.” ([We took you to] the Heroes’ Cemetery because there were no people around. That’s what I remember, we talked to you.)

The actress recounted that she and Edu explained what was happening to their relationship at the time while assuring Luis that they loved him.

Though Santos and Edu have gone their separate ways, the actress is pleased with their “good relationship” as exes.

(Your father and I have a very good relationship right now. He is happy with his life now, and same here. What’s important is we are one family.)

Santos married Sen. Ralph Recto at San Sebastian Cathedral in Lipa city in Batangas in 1992. They have one son together, Ryan Christian.  /ra