Vilma Santos on Nora Aunor in ‘T-Bird at Ako’: Our acting styles complement each other | Inquirer Entertainment
Close
menu
search

Vilma Santos on Nora Aunor in ‘T-Bird at Ako’: Our acting styles complement each other 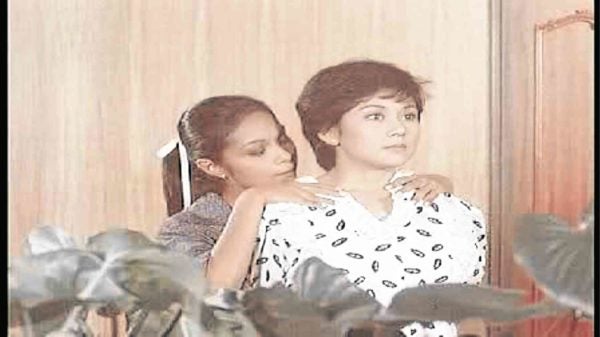 Vilma Santos (left) and Nora Aunor in “T-Bird at Ako”

Stars come and go—but not Vilma Santos and Nora Aunor, whose enduring professional rivalry is as legendary as their remarkable reign as movie queens and topnotch actresses.

To celebrate their contributions to the local show biz industry, we urge moviegoers and film buffs to make a beeline for the crisply restored version of Danny Zialcita’s must-see 1982 drama, “T-Bird at Ako,” which began its revival run at SM Cinemas’ Cine Lokal outlets last Friday.

The film tells the story of sexy dancer Isabel (Santos), who’s accused of murder, and the relationship she forges with Sylvia (Aunor), the lesbian lawyer who comes to her rescue.

“Ate Guy and I had a great time shooting that movie. OK kami (we were on good terms), and it was a happy set,” recalled Ate Vi when we asked her last Friday to talk about how that exciting project went. “It was fun working with her. With Direk Danny guiding us, we would discuss the best way to execute our scenes together.”

But, it wasn’t all that difficult to convince the actresses to accept the movie, Vilma told us: “We both liked our characters kasi—because the roles assigned to us played well to our strengths as performers. Everybody knows that I express myself well via body language, while Guy is noted for her subdued portrayals. So, when we’re together, our acting styles complement each other, at lalong napapaganda ang eksena (and the scenes are better because of them)!

“Now more than ever, ‘T-Bird at Ako’ shows how timeless it is because its theme is as relevant as ever—napapanahon pa rin s’ya!”

The film is significant because of the rare opportunity to see the actresses’ much-discussed (and eagerly debated) acting styles, but just getting the Superstar and the Star for All Seasons to agree to share the spotlight with each other is a remarkable feat in itself.

Having said that, we hope “T-Bird at Ako” won’t be moviegoers’ last chance to see Nora and Vilma together on the big screen because, as we suggested to Ate Vi in another interview, it’d be great to see them making thespic sparks fly in a dramatic vehicle similar to, say, a reworking of “Larawan”—as Candida and Paula! Or a nonmusical, Pinoy adaptation of “Chicago.”
How about it, Star Cinema, Boss Vic (del Rosario) and Mother Lily? 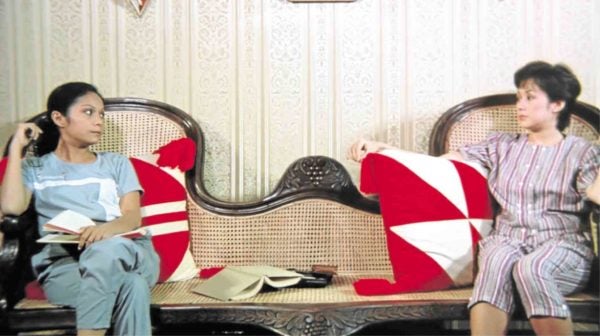 The enduring professional rivalry of the Superstar (left) and the Star for All Seasons is as legendary as their reign as movie queens.

Our quick chat with Ate Vi:

What makes your rivalry with Ate Guy enduring? Our rivalry began at a time when there weren’t as many actors as there are nowadays. Back then, the competition was really one-on-one: Susan Roces-Amalia Fuentes, Rosemarie Sonora-Gina Pareño—tapos, kami na ni Nora, then Lorna Tolentino-Alma Moreno, followed by Sharon Cuneta and Maricel Soriano.

Ngayon kasi, there are already too many “celebrities.” If you notice, there are new faces every two months. Everybody can sing, act and dance. They have workshops to train the new ones—and even before a talent search ends, another one begins.

Another reason that explains our longevity is the fact that our generation was blessed with ace directors like Lino Brocka, Ishmael Bernal and Marilou Diaz-Abaya. We were lucky enough to work with mentors who trained us well and knew how to hone our acting skills.

Who was the director? Lino Brocka. Then, he’d tell me, “When you talk, just look at the camera, don’t look straight ahead. Just look here and deliver your lines.” (Laughs) I made three movies with him—“Rubia Servios,” “Hahamakin ang Lahat” and “Adultery: Aida Macaraeg Case No. 7892.”

I also learned a lot from Ishma (Ishmael Bernal). He taught actors how to act naturally and move around as they deliver dialogue. Then, he’d tell them which words to stress. He’d say, “When you say that line, say it with a period, not a comma….”

See? These are things you learn from ace directors. We were given the chance to learn from them—and now, many of them are no longer with us.

So, how does an actor sustain his or her popularity and visibility? You can’t just rely on talent. You also need to strategize. It’s part of how you handle your career—you can’t just do artistic or commercial films all the time.