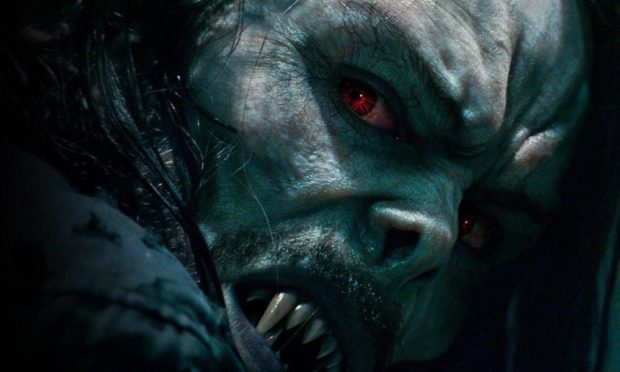 Morbius “The Living Vampire” will finally be having his own solo movie under Sony Pictures in association with Marvel Entertainment. This is certainly a long time coming. In fact, the rumors of Morbius appearing on the big screen first began in the late 1990s, and that was decades ago, by this point. Plus, most of us know of that previously unreleased famous but now deleted scene in the movie Blade, wherein we got a glimpse of Morbius and what he could have been, had they gone forward with including that particular clip into the actual final cut of the said movie when it was released in cinemas.

That was then and this is now. No longer is the world a stranger to watching Marvel Comic Book characters brought to life in the movies; it has been a normal occurrence already. Thankfully, we are now in a different time frame and Marvel has become a global force in movies. And behold, the latest Marvel comic book property to make its presence felt on the big screen is the once elusive, somewhat forgotten, and enigmatic Morbius.

To all who have not heard yet of Morbius or have not gotten to read him in the Marvel comic books, you guys are in for a big treat! Morbius — alongside Ghost Rider, Blade, Werewolf By Night, Moon Knight, Doctor Strange, and many others — all belong to the underworld and paranormal world of Marvel Comic Books. But among all of them, Morbius is the only Vampire there, obviously. However, beyond the clearly obvious, he is also one of the strongest because he has a very unique set of super natural abilities of which we got a glimpse in the brand new trailer of Morbius.

I am also a fan of Morbius since the time I got to read his appearances in the second version of Ghost Rider (Danny Ketch) way back in 1990 when the Ghost Rider series was relaunched. That was the Marvel Comic Book title that literally re-opened the world of the underworld and paranormal into Marvel Comic Books.

That is how I got introduced to Morbius not knowing back then that his history with Marvel comic books goes decades before that. I also remember the fantastic artwork of the one and only Todd McFarlane when he would draw Morbius, and that was one reason why the dark superhero made such an impact on the youth in that decade. There is no other way to say it but Morbius was cool!

For me, Morbius is a very smart choice to make his big-screen debut since he is someone I thought they had forgotten, but with the current creative direction where the MCU is headed, it was only a matter of time before “The Living Vampire” would bite and sink his fangs into the MCU. There is no denying that there is no other Marvel comic book character like him.

Now, with Jared Leto portraying the scientist turned living vampire, he is the best choice to play the dark superhero since he does have that certain look that perfectly matches him to the role. Of course, for a few seconds I could not but help tell myself, “Hey, that is the Joker I am seeing!” but that thought dissipated as I got to watch the brand new trailer, and I have to say, Jared Leto can own this role. However, we will only know that once we see the movie in its entirety. Then and only then can we give our opinion on how Jared Leto fares as Morbius.

Until then, the merging of the Marvel Comic Book properties that are under Sony Pictures will continue, much to everyone’s delight.