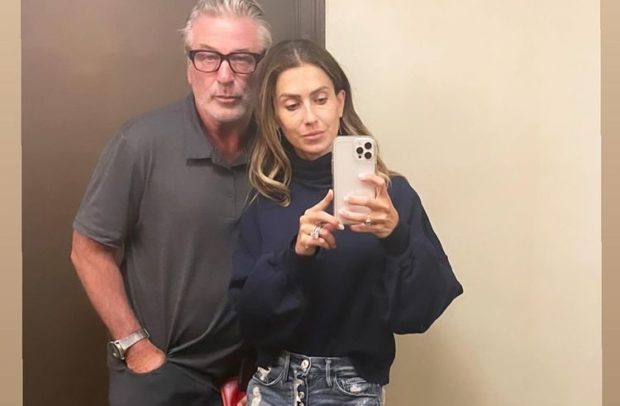 Alec Baldwin’s wife, Hilaria Baldwin, spoke up on her concerns regarding the actor’s emotional state after he accidentally shot a cinematographer on a movie set.

The accident happened last month on the New Mexico set of the independent film “Rust.” Alec was rehearsing a scene last Oct. 21 when he fired a prop gun loaded with a real bullet, killing cinematographer Halyna Hutchins and wounding director Joel Souza.

Hilaria, a yoga instructor and entrepreneur, fears that Alec will develop post-traumatic stress disorder (PTSD) after his involvement in the accident, she said in an exclusive interview with New York Post last Saturday, Oct. 30.

She revealed that she immediately took the children away from the city to protect them from the glare of media, settling later in Manchester, Vermont. It is unclear when Alec joined them but the couple were already together by Oct. 30, when they addressed media in the said location.

“I brought [Alec] up here because we have to mourn Halyna’s death. Alec had a really traumatic thing happen and I am trying to limit the PTSD,” Hilaria said in the interview. “You look at what happens to soldiers and police officers when something like this happens, it’s traumatic. We just came up here for quiet.”

When asked whether Alec will be acting again, Hilaria admitted she is not certain and stressed that her husband still needs space for his mental health.

“It’s an awful thing that happened. Alec feels awful,” Hilaria was quoted as saying. “Alec has done movies with guns for 40 years. Nothing like this has ever happened. There should be zero probability of that ever happening.”

Authorities in Santa Fe, New Mexico are investigating the shooting incident and criminal charges are yet to be ruled out. The film’s armorer alleged that the “Rust” producers allowed for an “unsafe” movie set and ignored her requests for trainings in weapon use and maintenance, among others.

Alec described the fatal accident as a “one in a trillion episode” and expressed support for limiting the use of real guns in films and TV shows. Dana Cruz/JB