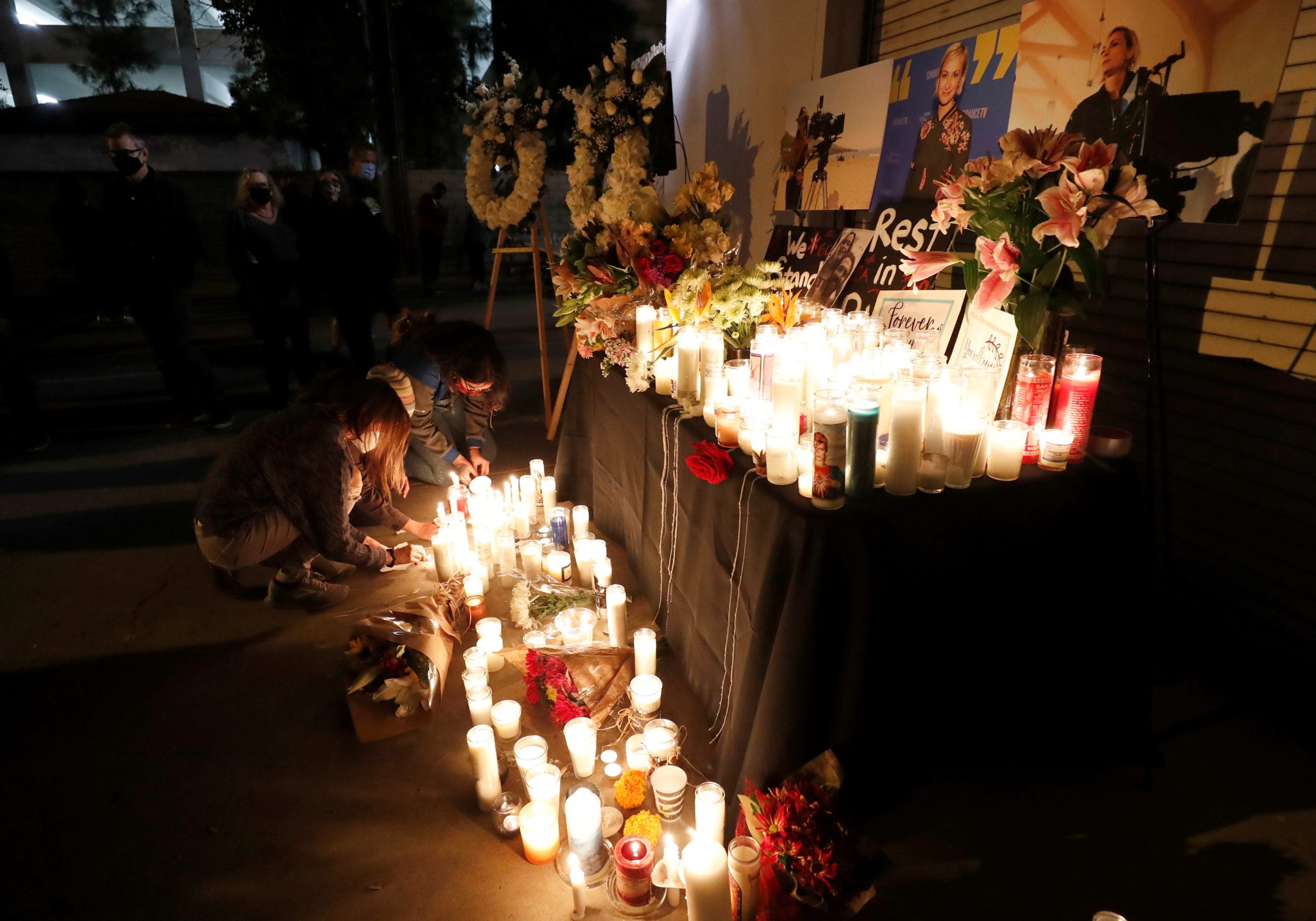 SANTA FE, N.M. — Almost a week after actor Alec Baldwin accidentally shot and killed a crew member on a Western movie set in New Mexico, local authorities will speak publicly about their search for answers into how a gun used as a prop turned out to be deadly.

Santa Fe County Sheriff Adan Mendoza and District Attorney Mary Carmack-Altwies will take questions from the media on Wednesday about the death of cinematographer Halyna Hutchins during a rehearsal for the movie “Rust.”

A central mystery remains what kind of projectile was fired from the gun that Baldwin was holding as he practiced for a scene inside a church, and how it got there.

Investigators hope a forensic analysis of ballistic evidence will shed light on those questions but they have said not to expect answers anytime soon. No one has been charged.

“We need to be diligent about the investigation so, should there be charges ultimately filed, they are able to uphold those in court,” said Juan Rios, spokesman for the Santa Fe County Sheriff’s Department.

Interviews are ongoing and detectives may need to talk to as many as 50 people, Rios said.

The shooting sent shockwaves through Hollywood, prompting anguished debate about safety protocols in film and television and working conditions on low-budget productions.

Authorities have said in court filings that Baldwin was handed what he thought was a “cold” or safe gun by the film’s assistant director, who took it from a cart used by the woman employed to oversee firearms and their safety, called an armorer.

Instead, the gun contained what police called “live rounds,” and a shot hit Hutchins in the chest and director Joel Souza, standing behind her, in the shoulder. Souza was treated at a hospital and released.

Baldwin has called it a “tragic accident” and, like other cast and crew, is cooperating with police.

“Rust” is a story about an accidental killing in the 1880s. Production had been taking place at the historic Bonanza Creek Ranch and has been halted.

Detectives recovered two boxes of “ammo,” “loose ammo and boxes” as well as “a fanny pack w/ammo,” along with several spent casings, according to a court filing. But they have not said whether the ammunition was live or dummy bullets or the blank cartridges often used on movie and TV sets.

Before the incident, camera operators had walked off the set to protest working conditions, according to a sheriff’s department affidavit.

Tens of thousands of off-camera workers had been due to go on strike earlier last week over long hours and low pay but the strike was called off when a new labor agreement was reached on Oct. 16.

Detectives are looking at what took place on the set on the days before the shooting as well as the incident itself, Rios said.

“The sheriff’s office is looking at this case in a much greater scope, as opposed to just the shooting that occurred on set and the loss of life,” he said.