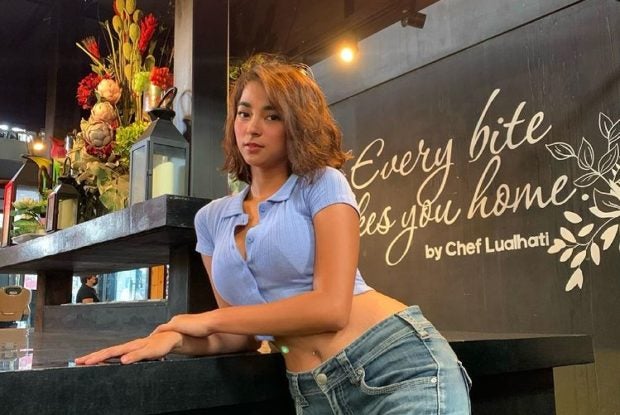 AJ Raval has denied being involved in the separation between Aljur Abrenica and his wife Kylie Padilla after her earlier admission that she and the actor are “getting to know” each other.

The actress-vlogger confirmed earlier this month that she and Abrenica have been seeing each other. She also admitted she was referring to the actor when she talked about a suitor in a vlog with Donnalyn Bartolome last month. However, she stressed that she is not yet in a relationship with Abrenica.

Raval has since been spotted shopping and holding hands with Abrenica at a mall, leading netizens to speculate that she may be the reason behind the split between Abrenica and Padilla.

(Just to be clear, I was not a third party, okay guys? I’m a good person and I can’t do bad things.)

“Kung maka-bash naman kayo parang nakapatay ako ng tao,” she added. (You bash me as if I killed someone.)

Raval thanked fans who understood and supported her while also reminding them to “spread love, not hate.”

The split between Abrenica and Padilla was confirmed by the actress’ father, Robin, last July. He also said the split was caused by a third party.

Padilla recently told fans she did not see any issue if Abrenica decided to go out with other women. According to the actress, she and Abrenica have “mutually agreed” that they can date other people. JB