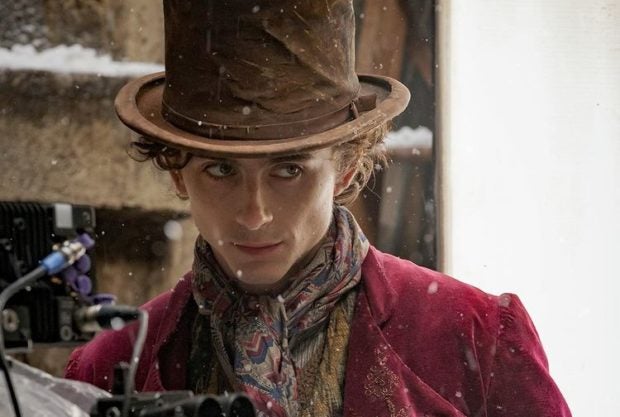 Timothée Chalamet has given fans a first look at his upcoming film “Wonka,” where he is set to play the titular chocolatier.

The actor rocked an embroidered purple coat with a printed scarf and a chocolate-colored top hat, which are part of the whimsical character’s iconic look, as seen on his Instagram page yesterday, Oct. 11. He also showed what appears to be a walking cane with a wrapped gift hidden inside it.

“The suspense is terrible, I hope it will last,” Chalamet said, referencing a line delivered by Gene Wilder in his portrayal of Willy Wonka in the 1971 film “Willy Wonka & the Chocolate Factory.”

It was first announced in May that Chalamet will be playing the beloved candy inventor in a new origin film from Warner Bros. and The Roald Dahl Story Co. He is also expected to show off his singing and dancing skills for the movie.

“Wonka” will once again feature characters from Roald Dahl’s book “Charlie and the Chocolate Factory.” It will be directed by Paul King, who co-wrote the screenplay with Simon Farnaby.