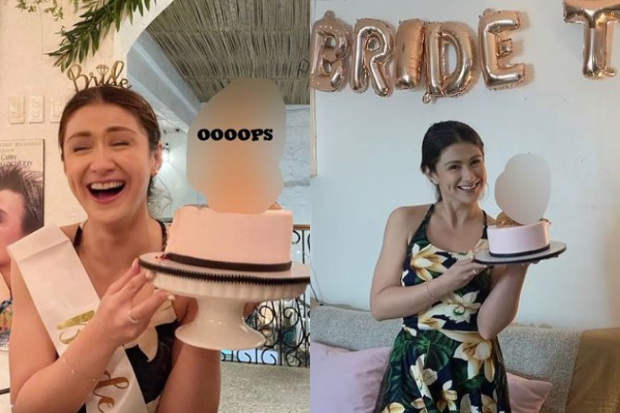 Carla Abellana received a “wholesome” bachelorette surprise from fellow actors as she prepares for her upcoming wedding to her longtime boyfriend Tom Rodriguez.

The actress wore a sash and headband stating she is a bride-to-be and was given a cake in the intimate gathering, as seen on her Instagram page yesterday, Oct. 3. Abellana’s “To Have and To Hold” co-stars Luis Hontiveros, Rocco Nacino, Valeen Montenegro, Max Collins and Ina Feleo were present during the celebration.

“The closest to a ‘bachelorette party’ I could get during this pandemic,” Abellana said while describing the event as “wholesome.”

She also assured that the bachelorette treat was held at a co-actor’s house and everyone who attended were vaccinated and had antigen tests.

“[It] wasn’t a party because it was just a quick segue from a plated Italian dinner,” Abellana added. “The smiles and laughter are all real, though.”

Abellana got engaged to Rodriguez in October last year but they did not announce that they were going to get married until March. They have been in a relationship since 2014, after meeting through the TV series “My Husband’s Lover.”

The couple plans to get married at Madre de Dios Chapel in Talisay, Batangas this month, as per wedding banns released by the local parish. JB