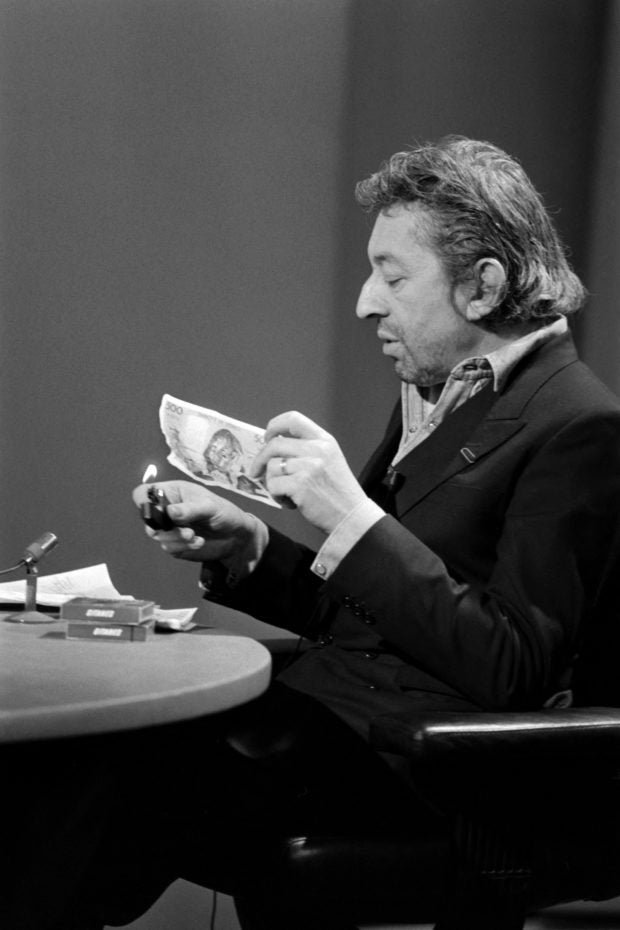 Serge Gainsbourg burns a 500-franc bank note on March 11, 1984 at Studio Cognacq-Jay during the program 7 sur 7 of which he is the guest. Image: AFP/Philippe Wojazer

A photo of French singer-songwriter Serge Gainsbourg burning a bank note during a 1984 television broadcast was the star lot of an auction Sunday of selected images from AFP’s photo archives dating back decades.

Another bidder paid €5,200 for AFP’s photo of the body of Ernesto “Che” Guevara after the revolutionary’s death in Bolivia in 1967.

Agence France-Presse’s first-ever photo auction put up for sale around 200 pictures from its analogue collection, with shots of the liberation of Paris, Martin Luther King as well as the Che Guevara snap.

Prints of daily life across five decades but also of war, sport and stars from the glitzy worlds of music, cinema, fashion and art also went under the hammer at a Parisian events space and online.

The photos date from 1944 up to 1998 when AFP started rolling out digital photography.

A shot of former president Jacques Chirac, then Paris mayor, jumping over a metro turnstile in 1980 sold for 6,500 euros.

The proceeds from the sale will be included in the company’s turnover. JB