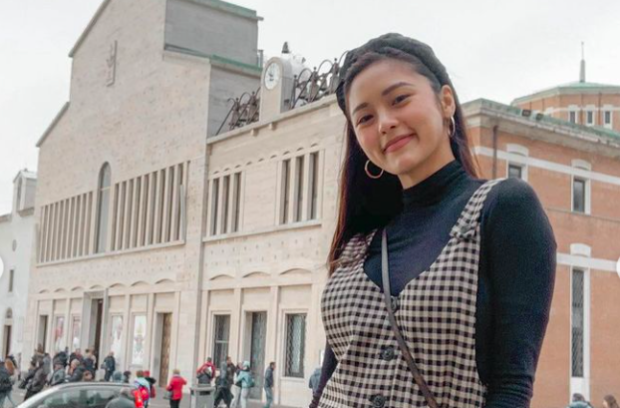 Kim Chiu stressed that she is against unfaithfulness in a relationship after she was criticized by netizens for her earlier remarks on the matter.

The actress and her “It’s Showtime” co-hosts recently discussed cheating in the program’s Sept. 20 episode when a “Reina ng Tahanan” segment contestant told them her husband hadq cheated on her. During the conversation, Chiu said that a person cheats when they are no longer happy in a relationship. The remark drew flak as viewers accused her of in favoring cheating.

Chiu clarified that she does not condone cheating during the “It’s Showtime” episode yesterday, Sept. 22. She also pointed out that she herself had been a victim of cheating.

(The other day, I was not given the chance to explain further. I just want to say to everyone and to clarify that I am not in favor of cheating. I will never be in favor of it because I was also a victim of cheating in the past.)

When teased by her co-hosts Jugs Jugueta and Teddy Corpuz over finding a loyal man, she took the chance to joke by greeting her boyfriend, Xian Lim.

Chiu did not provide specific details on her experience of being cheated on. Her publicly known relationships are with Lim and her fellow “Pinoy Big Brother” alum Gerald Anderson.

Anderson was Chiu’s longtime on- and off-screen partner until they announced their split in 2010. The actor is currently dating Julia Barretto.  /ra

Read Next
‘Shang-Chi and the Legend of the Ten Rings’ starts streaming this November
EDITORS' PICK
Comelec division junks petition to cancel Marcos COC for president
Acer starts the year off strong with the Aspire Vero National Geographic Edition
PH logs 37,070 more COVID-19 cases; over 33K others recover
‘Not yet the end’: Lawyer says Marcos Jr’s DQ cases to take lengthy process
The best of bayside and city living at SMDC’s Sail Residences
Over 3 Million worth of prizes to be won at Smart Padala’s SENDali Manalo Promo!
MOST READ
NBI foils escape attempt of Kerwin Espinosa, two others
‘Not yet the end’: Lawyer says Marcos Jr’s DQ cases to traverse lengthy process
House OKs VAT exemption, bigger discount for seniors’ water, power bills
Marcos camp ‘extends hand of unity’ after COC cancellation bid is thrown out
Don't miss out on the latest news and information.