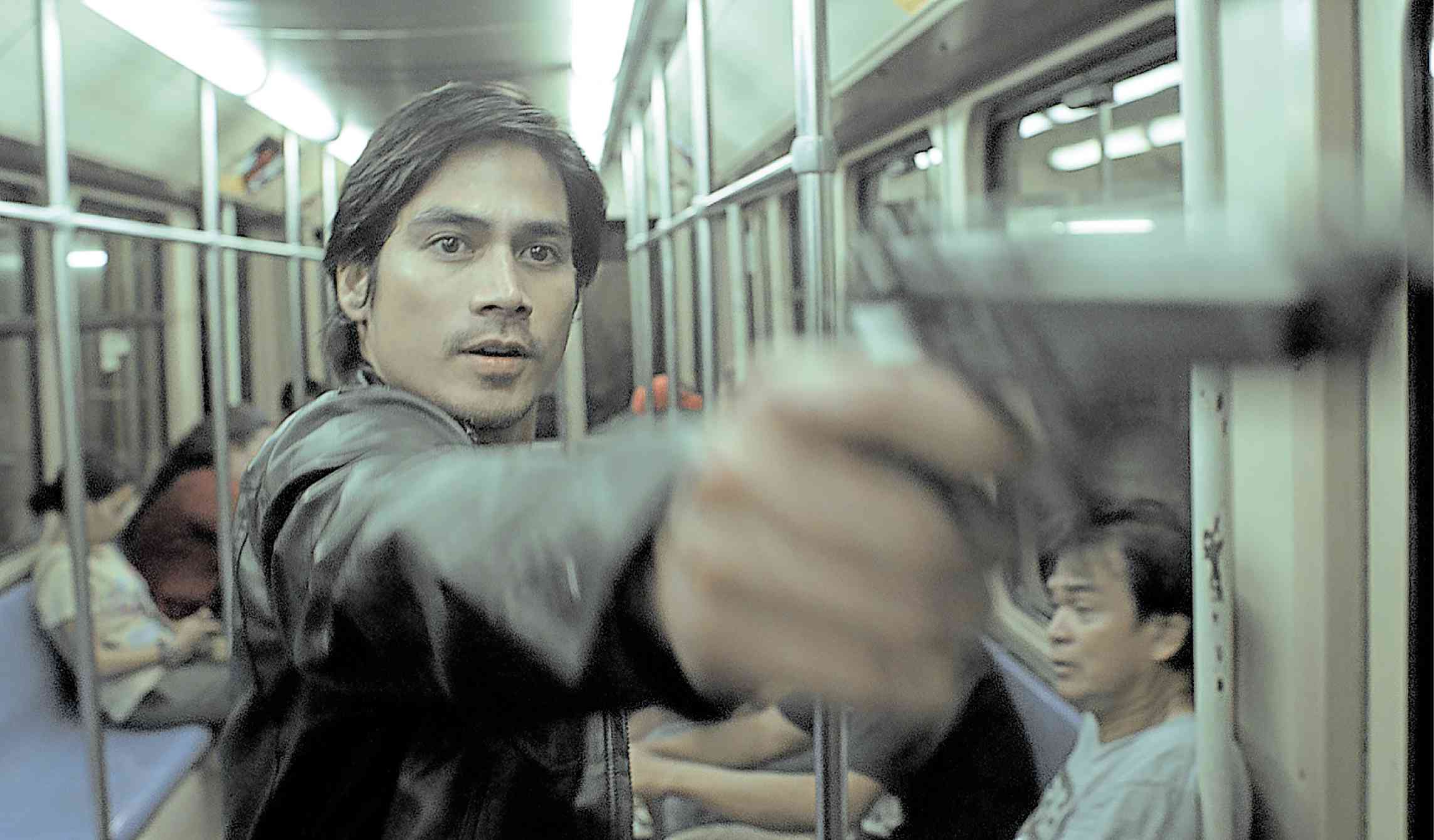 As taut and thrilling as 2013’s “On the Job (OTJ)” was, the sense of urgency and thematic pertinence are amped up further in “On the Job: The Missing 8,” which will be screened today at the 78th edition of the Venice Film Festival.

“OTJ’s” splashy bow at the world’s oldest film festival is the first of the franchise’s two-punch feat: On Sunday, the first three parts (“Tatang,” “Acosta” and “Arnel”) of “OTJ’s” iteration as a six-episode HBO Asia Originals series will be streamed on HBO Go, followed by new installments (“Pedring,” “Roman” and “Sisoy”) every subsequent Saturday.

For the series, the 2013 film, starring Joel Torre, Piolo Pascual, Gerald Anderson and Leo Martinez, has been turned into a two-part story arc. Then, succeeding episodes, starring John Arcilla, Dante Rivero, Christopher de Leon, Lotlot de Leon and a facially disfigured Dennis Trillo (as a reluctant hitman), tackles a new set of characters in a story about a beleaguered local newspaper in a “crime-free” city littered with a string of missing-person cases and a huge pile of dead bodies.

We’ve long waited to see the film series in its entirety, developed by director Erik Matti in partnership with the consistently brilliant Michiko Yamamoto, especially after Matti himself told us in confidence what “The Missing 8” was all about when he visited Inquirer Entertainment for an hourlong, no-holds-barred interview in April 2019. 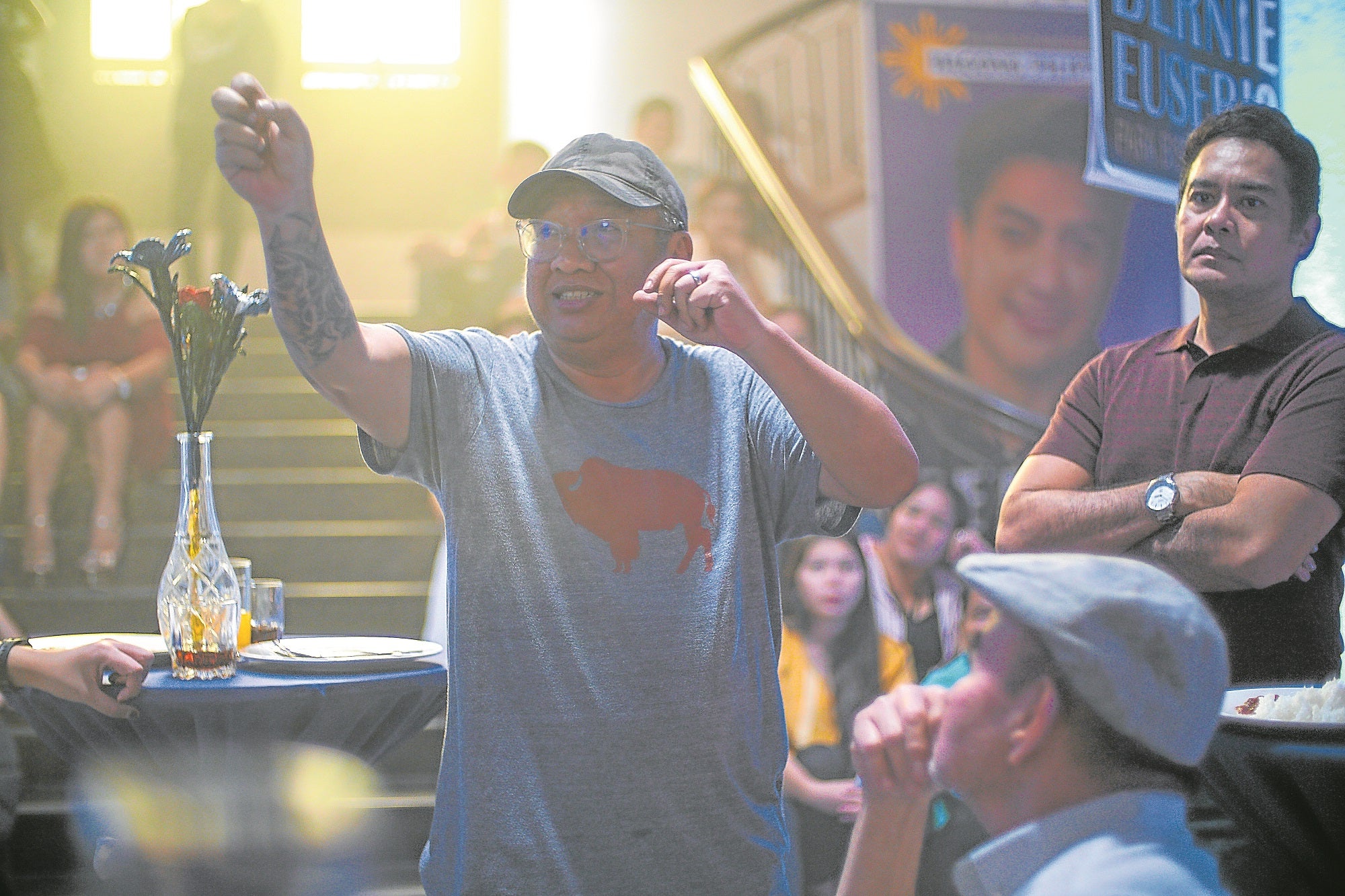 Director Erik Matti (center) with John Arcilla on the set of “On the Job: The Missing 8”—PHOTOS COURTESY OF HBO

The series is as scathing for its life-imitates-art narrative cogency as the fully immersive realities it mirrors: It warns against the repercussions of fast-crumbling democratic practices in the country.

Even as Matti alternately informs and entertains with his fast-paced new actioner, we must admit we’ve never seen Matti “angrier,” his seething discontent oozing out of every character his exceptional actors convincingly essay onscreen!

If you’re drawn to—or threatened by—Matti’s no-BS approach to issues about the filmmaking process or the dire situation the Philippines is in, his scathing statement in “On the Job: The Missing 8” against the dangers of absolute power and how media manipulation and press freedom are threatened by an unmitigated culture of impunity, you’ve most certainly found the series to binge.

After it follows corrupt politicians (Martinez) in cahoots with prison inmates (Torre, Anderson) hired to carry out political assassinations in the first two episodes, “The Missing 8” hits the ground running as soon as radio commentator Narciso “Sisoy” Salas (Arcilla, terrific as always) enters the picture. 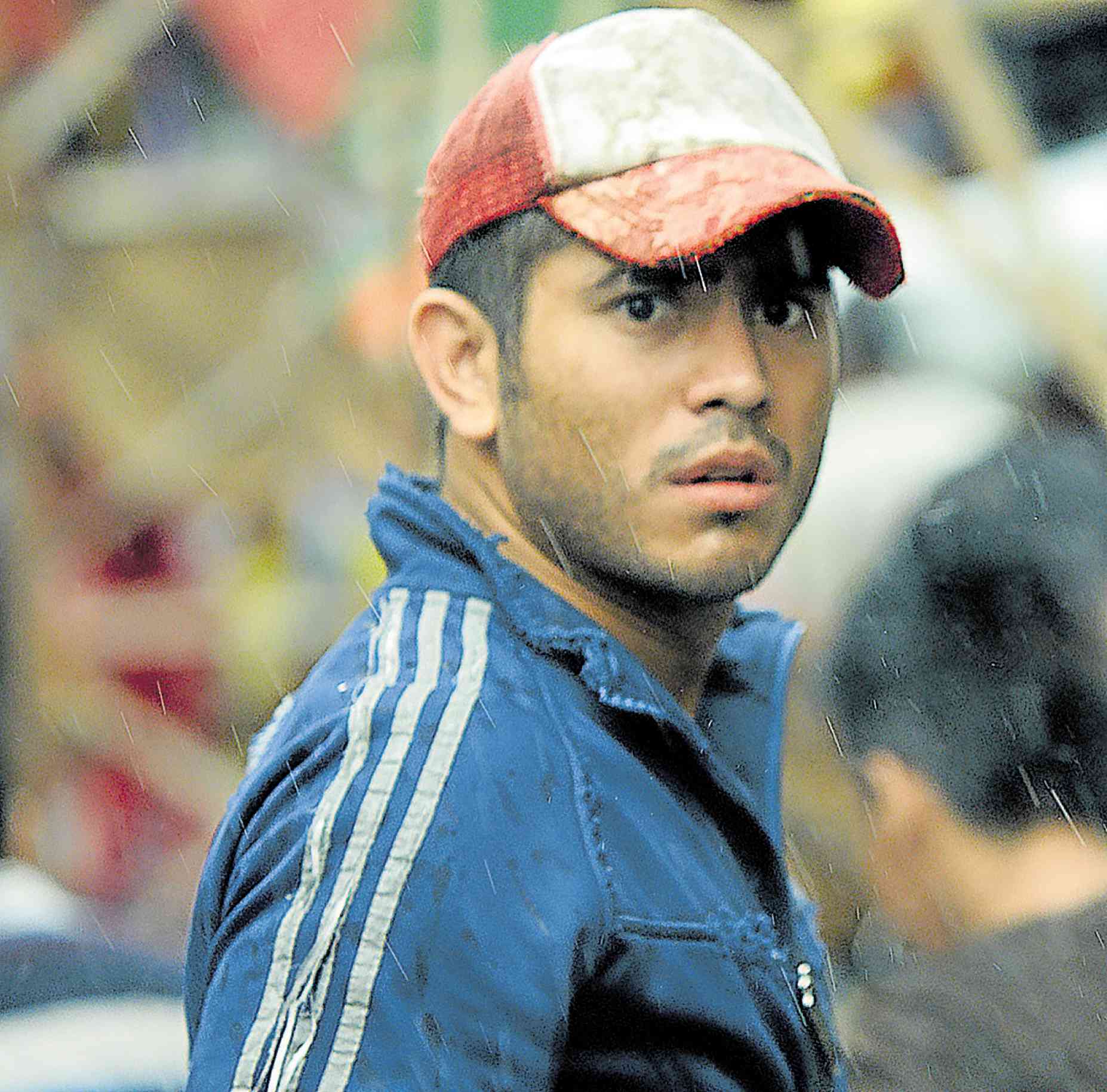 To help the film segue seamlessly into the new story, Episode 3 starts with the inquiry at the Senate into the taped confession—retrieved by National Bureau of Investigation agent Francis Coronel’s (Pacual) partner Samuel Bernabe (Rayver Cruz) at the end of the 2013 film—involving the crimes of General Pacheco (Martinez), who’s now Department of the Interior and Local Government secretary.

At the heart of “The Missing 8” is Sisoy, who uses his program to defend La Paz Mayor Pedring Eusebio’s (the award-worthy Rivero in a crackerjack performance) spiteful, fake news-spreading administration and deeply militarized leadership style.

In the world Sisoy inhabits, truth can be easily spun and disseminated to gullible social media denizens whose lives and sense of morality are anchored on the “curated” content they “manufacture” and consume.

But be forewarned, dear readers: The reflection we see in the mirror Matti raises in front of his viewers isn’t a pretty sight.Sisoy’s loyalty to the influential mayor drives a wedge between him and his friend-cum-business partner Arnel Pangan (Christopher de Leon), the owner and publisher of struggling newspaper La Paz News.

The paper has been hit hard by an ad boycott instigated by Mayor Pedring because of the dirt Arnel and his editorial team, headed by editor in chief Rowena “Weng” Pagsibigan (Lotlot de Leon), dig up against the Eusebios’ political dynasty in La Paz, the mayor’s influential cronies, and other corrupt cops, government officials and politicians. 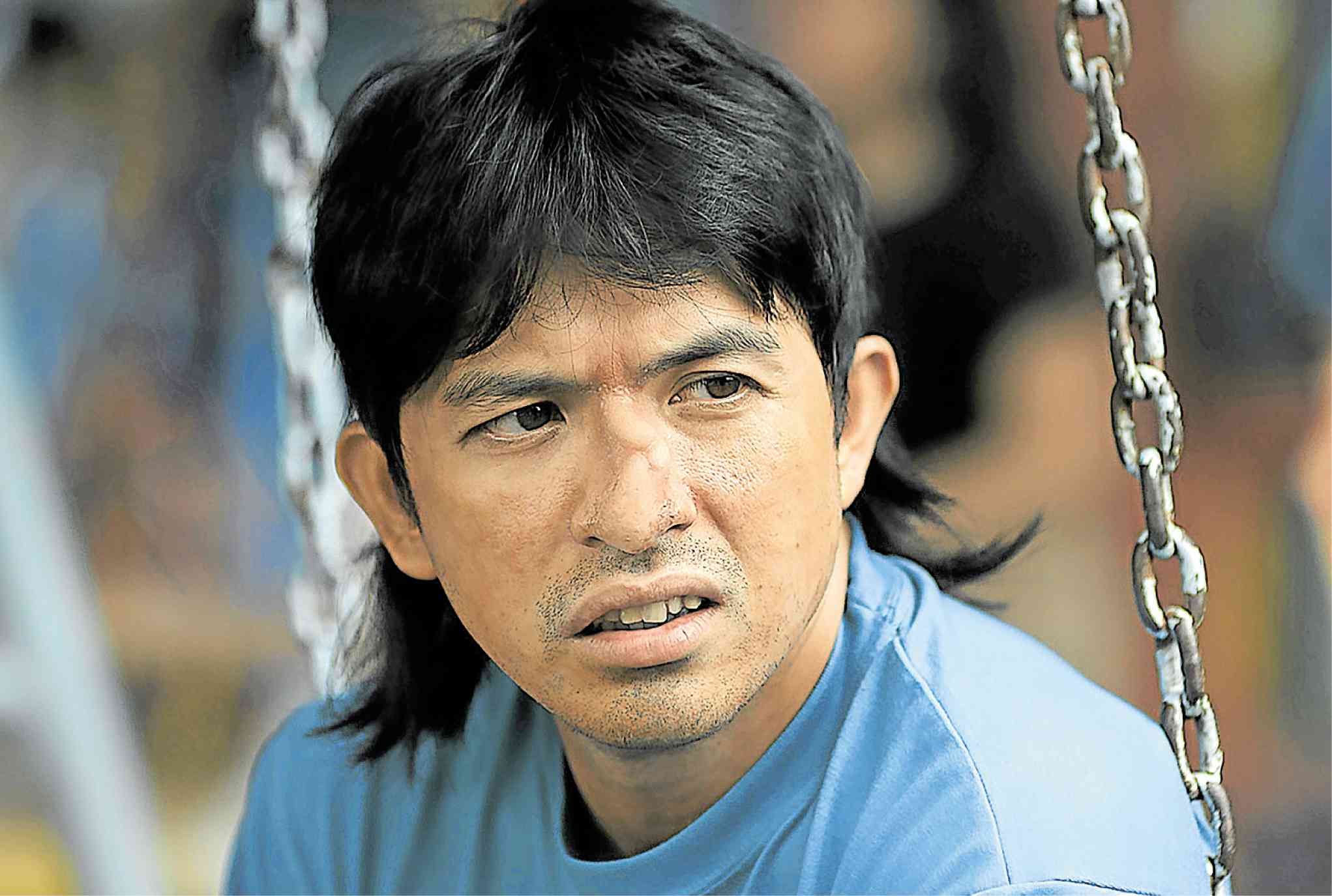 We can’t discuss too many details of this story without spoiling the fun for viewers. So for reasons of discretion and brevity, we’ll just have to say that after eight of Sisoy’s loved ones inexplicably vanish into thin air, Sisoy is faced with a moral dilemma that compels him to rethink his allegiances.

In Sisoy’s case, however, choosing between his loyalty to his political benefactors and his love for his friends and family suddenly becomes a matter of life and death. Indeed, when you’re asked to choose between your principles and job security, do you take the safest and most convenient route?

What makes “The Missing 8” even more potent is its formidable thematic reach, braving issues concerning press freedom, corruption and abuse of power in government while shining the spotlight on the country’s flawed justice system and police brutality at its most sickening.

But the hard-hitting series also manages to go beyond its ballsy aesthetics and feisty exterior. Like “BuyBust,” “Honor Thy Father” and “Kuwaresma,” it entertains while allowing its top-notch actors to flex their thespic muscles in crisply staged scenes that don’t take the easy route, as we often see in many straight-to-streaming movies these days.

With more time to spin its yarn, “The Missing 8” is given enough elbow room to introduce “very Pinoy” elements into the exposition—from an array of fabulous songs in its soundtrack to its characters’ penchant for irony and self-effacing humor.

Without diminishing the production’s unique qualities, the texture and tone of its narrative choices will occasionally remind viewers of Quentin Tarantino’s genre-channeling and convention-busting approach: While Sisoy’s do-or-die mission drives us to the edge of our seats, it will also keep viewers eagerly watching—even after it slaps them in the face and punches them in the gut!

TAGS: 78th edition of the Venice Film Festival, Erik Matti, On the Job: The Missing 8