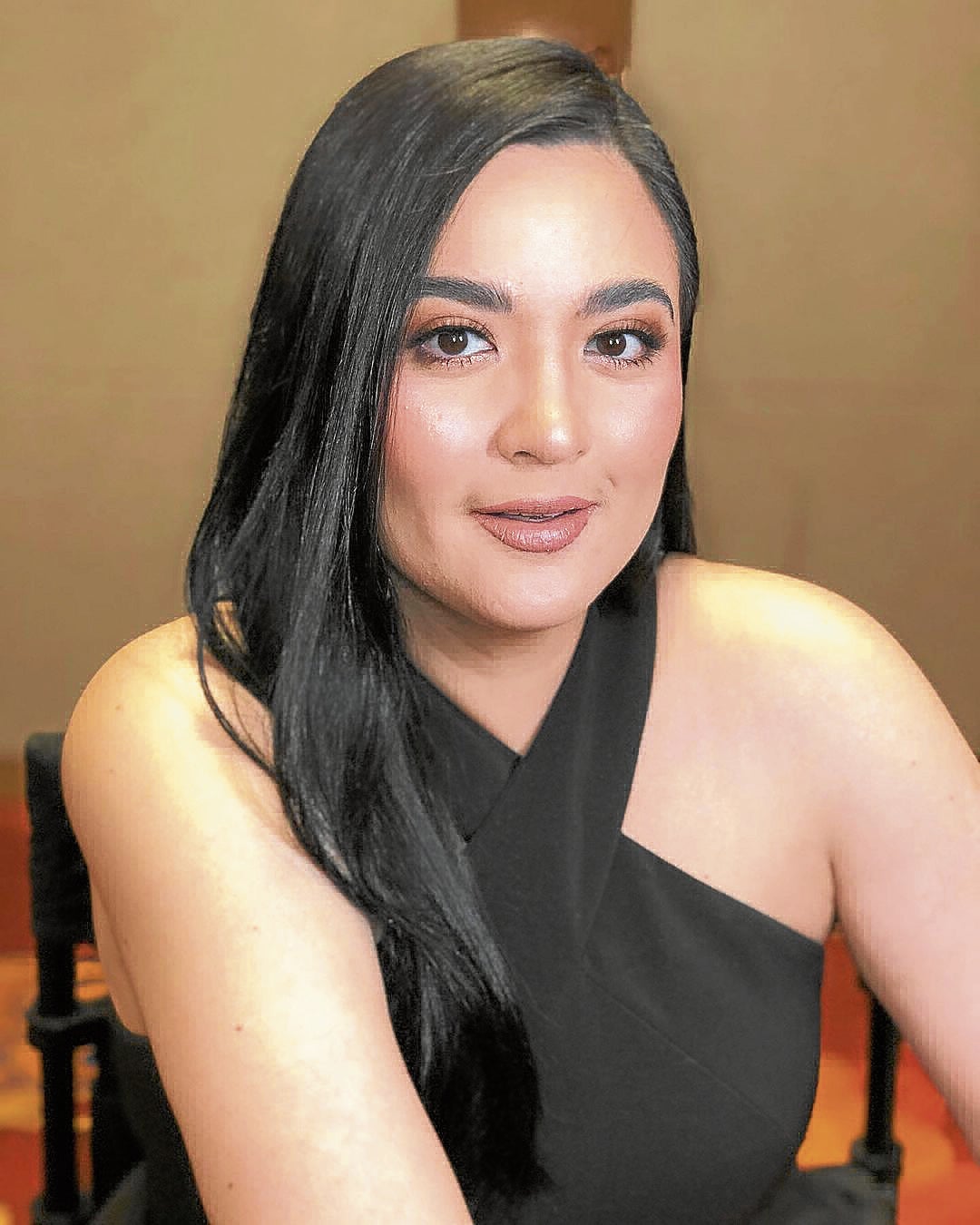 I’ll push for it. It’s normal for people to fall out of love,” said actress Sunshine Dizon as she tried to explain why she personally supports the bill seeking to legalize divorce in the country.

The proposed Absolute Divorce Act was approved by the House Committee on Population and Family Relations during its recent hearing in August. Under the measure, the current grounds for a legal separation, annulment of marriage and nullification of marriage based on psychological incapacity under the Family Code will be incorporated as justifications for an absolute divorce. To date, the Philippines, aside from Vatican City, remains the only country in the world where divorce is illegal.

“Napaka-plastic ko naman if I say marriage is forever because it wasn’t for me. I want divorce legalized here. Why would we stop people from trying to start anew? Do people always have to confess to having psychological problems or something really drastic in order to break up legally?” she pointed out.

“Most of the time, it’s really just because they realized that they’re not meant to be together anymore. I hope lawmakers in the Philippines will push through with this one. This is so that people will finally be given freedom and for former couples to live separately, legally. That’s my take on it,” the 38-year-old actress said.

In 2016, Sunshine filed a case against husband Timothy Tan for concubinage and violation of the Anti-Violence Against Women and Children Act of 2004. Today, Sunshine said they are working on being effective coparents to their two kids.

Speaking of starting anew, Sunshine is now busy promoting her new TV series, “Marry Me, Marry You,” her first as an artist of the Kapamilya network. “It still feels so unreal, sometimes, but it’s just very heartwarming that they (her Kapamilya coworkers) welcomed me with open arms by giving me this very good project,” she said during the virtual media conference organized for the series that features Paulo Avelino and Janine Gutierrez in the lead.

In terms of adjusting to her new environment, Sunshine said: “I’m just super happy. As an effect of the pandemic, we’re all taking risks here—by working even though there’s a danger of getting infected—but we’re all very grateful to have jobs right now. I’m also grateful that Dreamscape (Entertainment, producer of the series) is taking precautions and taking care of all the actors, staff and crew to ensure our safety,” Sunshine said. “The entire team really bonded well. We’ve only been doing this for a few months, but to me, it feels like I’ve known them for many years. What I’ve learned from the younger cast members is to let loose, to not be too serious and stiff, and to have fun.”

When she transferred to ABS-CBN early this year from GMA 7, her home network since she was a teenager in the ’90s, Sunshine said she never requested any particular project. She added that, to her, the transfer felt like a “breather,” like this romantic comedy series she is currently working on. 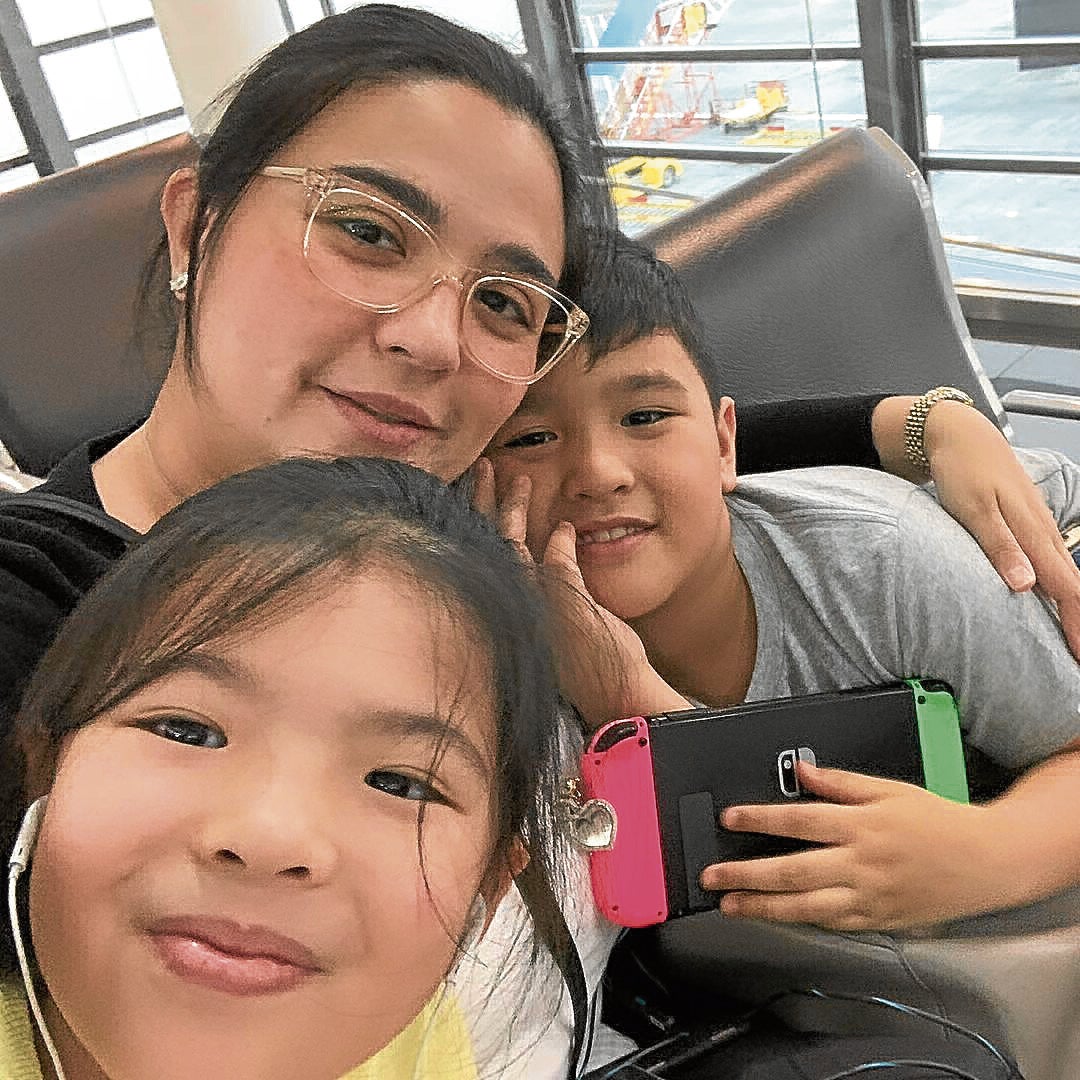 “From years of doing heavy drama, it’s very refreshing to do something like this. I felt excited because this was something new for me. Prior to this, people have not yet seen this side of me on camera,” Sunshine stressed.

In the series, she plays Paula Justiniano, one of three surrogate moms of Janine’s character Camille. As an interesting twist, Paula, who has long been separated from her womanizer husband Aljo (Joko Diaz), meets and falls in love with a young guy named Luke (Fino Herrera).

“We will see if theirs is true love because it’s sort of a May-December love affair. I’ve never done this before. It’s so exciting to be working with Fino because he is very professional and he takes care of me on the set. We’ll soon see if people will join either Team Fino or Team Joko,” she quipped.

Sunshine also let on that, while she considers herself a veteran since she started acting at age 3, she still felt really nervous while taping her first few scenes with Fino. “I was used to working with either an actor my age or someone older than me as a romantic partner. Fino is only second to Albie (Casino, her love interest in ‘Rainbow’s Sunset’), but our scenes in that movie weren’t as intimate as those in this series. What Paula has with Luke went through many stages. It started with a chance meeting and then they gradually fell in love. I was super nervous on the first day, pero nairaos ko naman po.”

When asked for her thoughts on the fact that “Marry Me, Marry You” will finally be streamed on the Kapamilya channel starting Sept. 13, Sunshine said: “It’s so nice to see the combined efforts of not only the actors but also the whole team. You will see that we really worked hard and cared for this project. This love and care will definitely show on screen.”

Directed by Dwein Baltazar and Jojo Saguin, “Marry Me, Marry You” will premiere first on Sept. 11 on the iWantTFC app and on iwanttfc.com, and on Sept. 13 at 9:20 p.m. on Kapamilya Channel, Kapamilya Online Live, A2Z, and TV5.