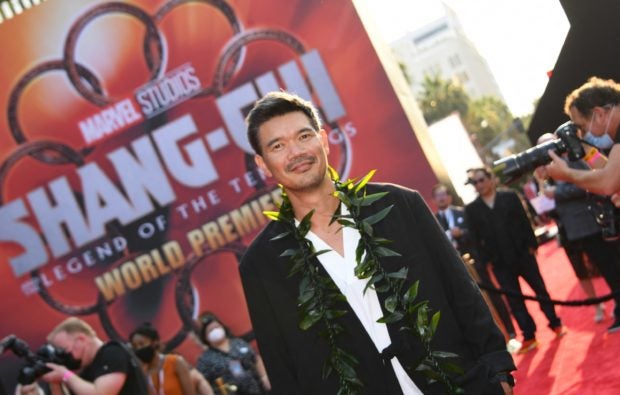 Director Destin Daniel Cretton arrives for the world premiere of Marvel’s “Shang-Chi and the Legend of the Ten Rings” at the El Capitan theatre in Hollywood, California, Aug. 16, 2021. Image: AFP/Valerie Macon

That figure, for the Friday-through-Sunday period, was a Labor Day weekend record, the Hollywood Reporter said, and the film is expected to take in an additional $12.1 million on Monday.

“This is a fantastic opening on a traditionally quiet Labor Day weekend,” said David A. Gross of Franchise Entertainment Research. “The three-day number is a record-breaker for the holiday, a positive finish to the summer… (marking) a sensational weekend for the industry.”

The film, which has drawn strong reviews for its choreography and Asian representation, enjoyed the second biggest opening of this pandemic year, behind Marvel’s “Black Widow,” which had an $80 million opening.

In third place this weekend was “Free Guy” from 20th Century, at $8.7 million ($11.2 million for four days). The sci-fi comedy stars Ryan Reynolds as an everyman bank teller who finds himself inside a huge video game.

Paramount animation “PAW Patrol: The Movie” came in fourth, at $4 million ($5.2 million for four days). It tells the story of a boy and the brave young pups who help him save their city from an impeachment-worthy mayor.

In fifth was Disney’s family adventure film “Jungle Cruise” with a take of $3.95 million ($5.2 million for four days).