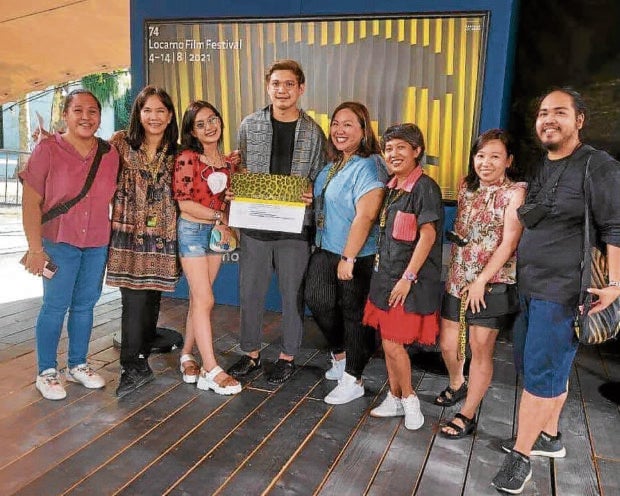 Carlo Francisco Manatad’s “Whether the Weather is Fine” (“Kun Maupay Man It Panahon”) won the Cinema E Gioventù Prize in the Concorso Cineasti del Presente (Filmmakers of the Present Competition), a section dedicated to emerging directors from all over the world, at the 74th Locarno Film Festival in Switzerland.

Carlo’s Locarno victory came after Lav Diaz’s significant win there for “Mula sa Kung Ano ang Noon” (“From What is Before”) in 2014, bagging the highly coveted Golden Leopard for best film.

Carlo said he still has no idea yet how much he would get along with his trophy, “because everything was a blur. Nobody from our team knew we were getting anything. Somebody just called us so we ran [onstage] to get it,” he told Inquirer Entertainment on Monday afternoon.

He added that they had fun during the festival’s 10-day run (from Aug. 4 to 14). “Yes definitely. We’d feel guilty sometimes, though. It’s hard to enjoy fully if you know that everything is so chaotic in the Philippines right now,” he pointed out.

The director also said he has already informed the film’s main cast members, Charo Santos-Concio, Daniel Padilla and Francinne “Rans” Rifol, about the good news “just seconds after I got it.”

Carlo’s debut full-length feature tells the story of how a mother (Charo) and her son (Daniel) struggled to survive Supertyphoon “Yolanda” (Haiyan) that devastated Tacloban, Leyte, in 2013.

Producer Armi Rae Cacanindin reported that Beijing-based sales agent Rediance has picked up international rights to the film, which is a coproduction between the Philippines and France, with coproducers and funding from Singapore, Indonesia, Germany and Qatar.

Rediance’s Meng Xie was quoted by screendaily.com to have said: “Carlo is a new talent from Southeast Asia and I’ve followed his work from his shorts. We will continue exploring new generation filmmakers from this region and beyond.”

Armi, meanwhile, recalled an all-important and difficult scene in the movie that required the help of its lead actor. “Daniel didn’t just put his heart into the character. He gave his all to the entire project.”

“This is my favorite story to tell about Daniel to people who are asking how it was like to work with him. I consider our team very lucky that we had him on board—because Daniel is not just an actor but a true artist. We didn’t ask him to do it but he did it, anyway,” she added. 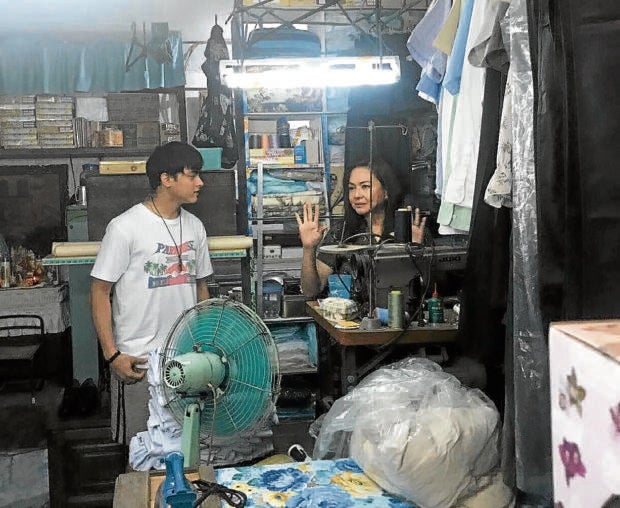 They shot a scene at the Tacloban Astrodome that included 800 extras. It was admittedly a production nightmare for the team, said Armi. They were to take an exterior shot at night. On the scene, the rain had just stopped and so there was a firetruck on standby. It would shower water on the crowd every now and then. To their frustration, some of the extras would look at the camera or would laugh at each other.

“Daniel got the mic and stood in front of everyone. He pleaded to them in Waray. He asked, ‘Why are you all laughing? What’s so funny about what’s happening? This happened to you, didn’t it? We are here to tell your story, so let’s help each other.’ I had goosebumps all over after that incident,” recalled Armi. “Daniel didn’t just think of how to be his character, he was concerned with the entire project, too.”

Daniel grew up in Tacloban so he is perfect for the role of Miguel, Carlo said. However, the young actor didn’t agree to join the project immediately. Daniel reflected on the offer for two whole weeks, a deadline that Carlo had set for him.

“Daniel later told me that he liked the story but couldn’t say ‘yes’ to it soon enough because he felt he wasn’t fit to do it, that it was too heavy for him, and that he doesn’t have enough experience to carry him through,” said Carlo. “He also told me that he first wanted to understand the character so he could portray it well. With that, he gained my respect.”

The director added: “Giving a really popular actor a deadline to say ‘yes’ or ‘no’ was really a gamble. I decided to have a go at it because we have nothing to lose, anyway. We have actually gone through a lot of revisions in the last seven years we’ve had preproduction work on this one.”

With Charo, Armi said it was unbelievable how quickly the negotiations happened. “We were just talking one night about how we would like Ma’am Charo to be part of the film but that it felt like nothing but wishful thinking because she’s too big a star to reach. One of us sent a message to one of Ma’am Charo’s contacts, who immediately got back to us to say that she is letting us pitch the story to her. That’s what we did,” she said. 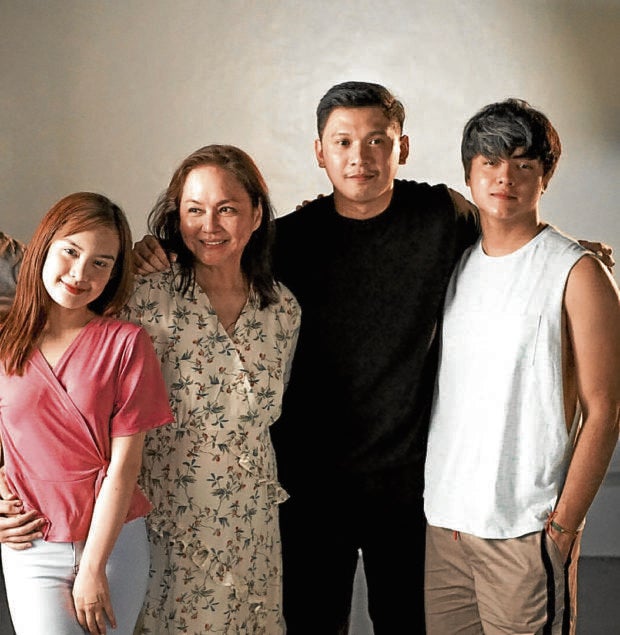 “It makes me so happy because the universe conspired at the right time for us to complete this casting,” she said. “I’m also pleased that we got Rans [who plays Daniel’s girlfriend in the movie]. I actually got scared for her because this is her first movie and she already had to work with Ma’am Charo and Daniel. But she was ready on her first day.”

Armi said it also helped that Rans attended an acting workshop with Daniel under Angeli Bayani before the shoot.

Carlo added: “Rans would always feel nervous every time she would have a scene with them and so I would always try to motivate her, but whenever she got on cam, palaban pala! I think it made sense also that she was trying to prove, not only to the actors she was working with but also to the crew, that she deserved to be there.”