David Licauco not irked by lewd comments about sexy image 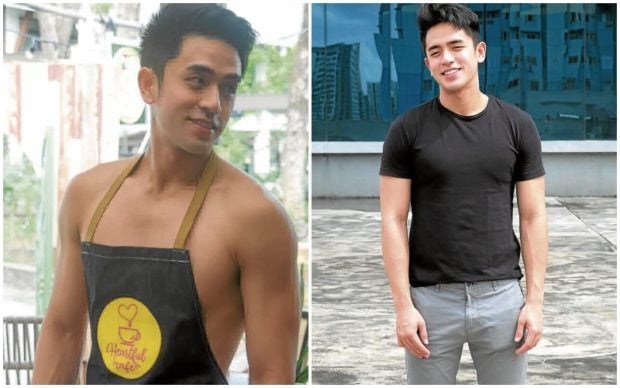 While he has no issues showing off his physique, David Licauco doesn’t see himself doing sexy roles anytime soon.

“I don’t have restrictions. As long as my managers think that it’s OK, as long as my network thinks it will be good for me, then I will do it. I trust them. But right now, hopefully, I want to maximize my youth by doing projects that are more wholesome,” he said in a virtual group interview, announcing his contract renewal with GMA Artist Center.

Because he’s perceived as having a “sexy image,” David admitted that he does get lewd comments from some social media users. But it probably comes with the territory, he surmised. “Some people ask me, ‘Why do you post photos of yourself topless and only wearing briefs? Don’t you get embarrassed, annoyed or insulted by some of the things people say?’” he related.

“But obviously I will get comments like those because I do show off my body. Maybe I’m not just a sensitive person,” added David, who did a sexy ad campaign for a clothing brand earlier this year. “And this is my job. This is the industry I chose. So whatever they say or whatever their judgments are … there’s nothing I can do about those.”

What he finds annoying, though, are bashers who make fun of his acting, which he feels has improved in recent years.

“I do get miffed when it’s about my acting, because I have been working hard on it and I love the craft. I know that in my past, earlier projects, I wasn’t good, that my acting wasn’t OK. But I think I have worked hard in the last two years,” said David, who recently headlined the romantic comedy series “Heartful Cafe” with Julie Anne San Jose.

The goal is to keep bettering himself as a performer. One way of doing that is working with good actors.

“My dream is to work with Bea Alonzo. It would be nice if I could be John Lloyd (Cruz) for a day. One day, hopefully,” he said. “I want to work again with Barbie Forteza, whom I believe is an amazing actress. I had worked with her before in ‘Heartful,’ when she did a guest appearance. And she gives you so much emotions that reacting was so easy.”

David is grateful to have his contract with the Kapuso network renewed at a time when opportunities are harder to come by. “I know that there are others who didn’t get renewed, so I’m just so grateful for this chance. And I want to reciprocate their trust by doing better in my next projects,” he said.

“I’m hoping for more acting projects this year, because I miss acting and being in locked-in tapings,” added David, who’s also a model and basketball player.

Was he worried about the possibility of his contract with GMA 7 not being renewed? “I wasn’t expecting anything. If the network sees a future in me, then that would make me happy. If not, then I would just have to accept it. So when I was told that I had a signing, I couldn’t help but feel excited,” he said.

David is content with how his career is going so far, and is not one to compare his trajectory with his contemporaries. “I don’t think about whether or not I’m being left behind. I just want to land good projects. I don’t get jealous of other people’s success because we all have our own path,” he pointed out. INQ