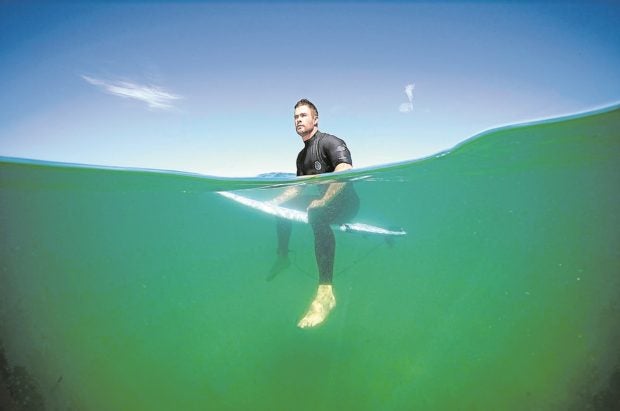 Chris Hemsworth is happiest when he’s putting his “influence and visibility” to good use, whether onscreen—as one of the Marvel Cinematic Universe’s most powerful Avengers—or off.

Indeed, while the thunder god’s Mjölnir is taking a cinematic hiatus, the hunky 38-year-old actor who breathes mighty life into Thor is doing what he can to draw attention to causes he believes in.

In the TV special, Chris is seen embarking on a personal mission to investigate how surfers, divers, fishermen, scientists and beach-loving people can live harmoniously with sharks—which have apparently been coming closer and closer to the shorelines due to, among other reasons, global warming.Chris’ latest mission was triggered last year by the “worst case of shark encounters in Australia in a century.” To say the least, this was troubling for the actor, who grew up loving the ocean. He was also well-aware that this paradise has as much danger as beauty.

“I’m obsessed with surfing,” shared Chris as he explained his decision to do the hourlong film. “I’ve been surfing with my dad and brothers (Liam and Luke) since I was 6 years old. So, I want to find out if there’s a way for humans and sharks to live together without harming each other.”

Joining Chris in the docu are, among others, Charlie Huveneers, head of the Southern Shark Ecology Group at Flinders University; shark conservationists Valerie Taylor and Paul Butcher; artist Nickolla Clark; and three-time world surfing champ Mick Fanning, who survived a shark attack in 2015 with what was suspected to be a great white shark.

So, it only stands to reason why Chris and his guests are looking for ways to drive away sharks that bite.

We recently caught up with Charlie Huveneers to teach us a thing or three about sharks and their behavior, and what’s being done to keep them from preying on humans. The handsome and articulate professor has over 15 years of experience working on sharks and rays. But more than that, he was one of the first to scientifically test the efficacy of personal shark deterrents. Over the last 10 years, he has led multiple studies related to shark bite mitigation measures on a broad range of species.

Asked which type of shark tends to be more aggressive, Charlie said, “It’s not so much about being aggressive, it’s more about which species are likelier to bite humans, and mostly because of their size.

If you think about it, there’s only a small proportion of shark species that have been recorded to bite humans, and an even smaller number that are considered to be potentially dangerous. “Out of the more than 500 different species, it’s really only the tiger shark, white shark and bull shark that are considered to be potentially dangerous. Other species can bite as well, but that occurs very rarely. It’s mostly those three that people in shark control programs around the world are more concerned about.

“I think the public interest in sharks is due to a combination of fear and general interest. And we’ve seen a bit of change in public perception that used to be mostly fear. Now, it has shifted toward conservation, because of the realization that a lot of shark species are at elevated risk of extinction. A lot of them—not all, though, I must point out—are quite vulnerable to exploitation.” 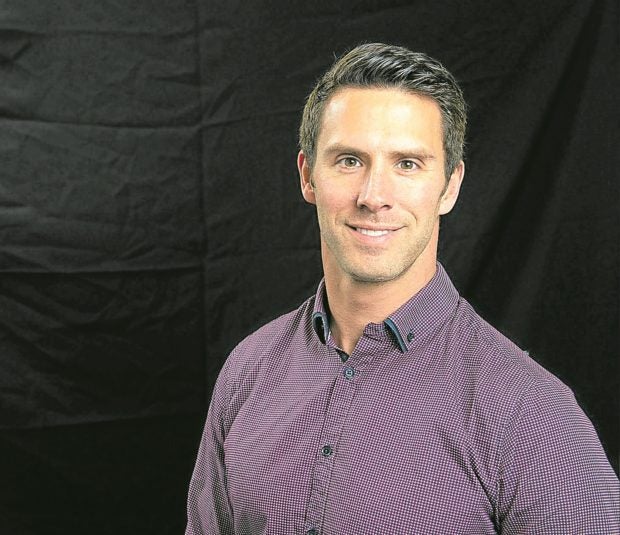 As you can see, we had a “jawlicious” and “jawsome” chat with Charlie in this one-on-one interview over Zoom. Tee-hee. Read on below.

Do you think the pandemic has something to do with turning that tide a little better in terms of conservation and species preservation?

No, I actually don’t think it’s because of the pandemic. What we’ve actually seen is that this shift that has been taking place for quite a while, maybe in the last 10 to 15 years. It isn’t something that happened suddenly. It’s been through the work of a lot of people—NGOs, scientists—who have been able to better educate the public and make them realize the vulnerability of sharks.

How did you end up taking part in the documentary with Chris?

I was contacted by the production company. The documentary is focused on the different ways that we can reduce the risk from shark bites, and much of the work that I do with my group at Flinders University involves testing the efficacy of personal shark deterrents.

They were interested in educating viewers about what mitigating measures can be put in place to reduce the risk from shark bites, and what we found in our research is that, while they’re not foolproof, some shark-deterrent products can indeed reduce the risks by 60 percent.

This is important because there are a lot of people wanting to undertake marine or aquatic activities, so we need to provide information so that people can make informed choices based on facts, rather than perception or opinions. There are devices out there that really don’t work as well, so it’s important to tell them which ones don’t work and which ones do.

In the documentary, there’s a transmitter tag that’s used to monitor a shark for 10 years. What sort of information can it relay to the scientific community? And do we know how many sharks are being tagged for their behavior?

It’s a good question. There are a lot of different tags that can be used for sharks, and it all depends on the research questions you’re trying to answer with those tags. The one that you saw in the docu is an acoustic tag that we deploy at that same location for monitoring the effect of the cage-diving industry on the residency of the shark, so those are specifically deployed to monitor and manage wildlife tourism in that location. 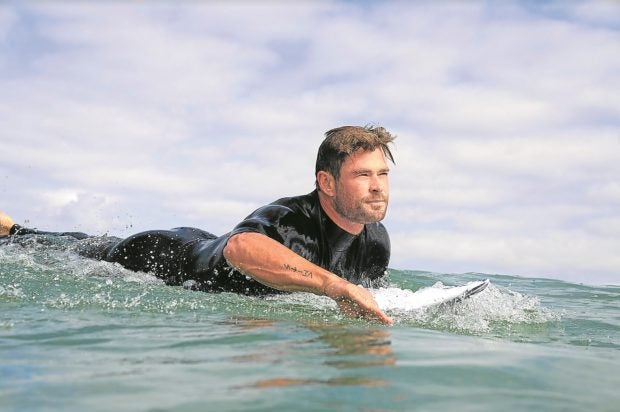 We’ve tagged about 120 white sharks over the years, but we’re not the only one doing so. Across all these different agencies, there are more than 500 white sharks that are being monitored with these acoustic tags and receivers. There’s also a nice program in Australia called the Integrated Marine Observing System that curates all of these detections and information in relation to shark movement using acoustic tracking.

What is the focus of the Southern Shark Ecology Group, to which you belong, these days?

Currently, it focuses on two things—wildlife tourism and shark bite mitigation measures. So, my group tests the efficacy of various mitigation measures, like shark deterrence. We’ve tested some based on electric fields or magnets or using a strong smell to act on the olfactory sense of the shark.

In terms of wildlife tourism, we look at how we can go about that while still enabling a sustainable industry that isn’t affecting the animals too much, but also providing opportunities for education and conservation awareness, as well as financial benefits.

One of the lines that really got my attention was from Valerie Taylor, who said, “Sharks don’t eat people—they bite them!” Do we know why they are threatened by our presence in their home?

It’s another good question. If we knew exactly why sharks bite humans, it would help us reduce these incidents. There’s also a tendency to overgeneralize and oversimplify the reason, and one of the main hypotheses that’s been put forward is that, it’s probably a case of mistaken identity—the shark confused a person for potential prey.

But that’s certainly not the only reason why that happens. Sometimes, it might also be due to territoriality or hunger. It’s very tempting to oversimplify this, but it’s actually much more complex than that.

What in your experience are the most effective shark deterrents?

While there certainly are many devices out there, so far, the only ones that we found have a significant and substantial effect on shark behavior are those that are based on electric currents. So, they’re the ones that would transmit a strong electric pulse. They overwhelm some sharks’ sensory organs and keep them away.

In your 15-year experience working on sharks and rays, how has the work changed from day one? What do you find satisfying about your field of expertise?

It may sound a bit cliché, but the more we know about these animals, the more questions we have.

Yes, we know a lot more than we used to. Now, we have a much better understanding of where they’re going, but what we still need to find out more about is why they’re going to this location. The scientific interest has shifted from the where to the why, and trying to better understand what behavior is driving their movements.

What’s satisfying about it is mostly discovering new things. In this job, curiosity and discovery are really the ones driving the day-to-day work. INQ