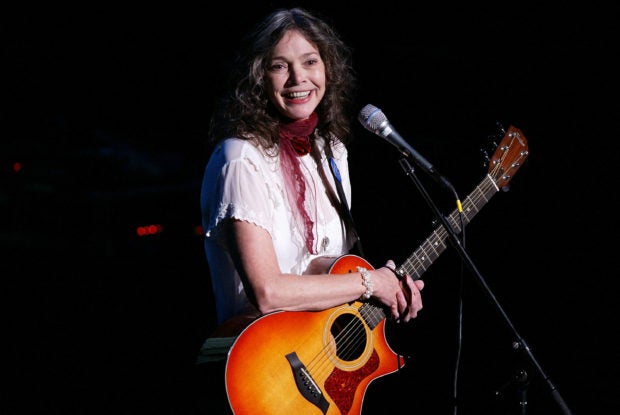 LOS ANGELES — Nanci Griffith, the Grammy-winning singer-songwriter who penned folk and country songs including “Love at the Five and Dime,” has died at age 68, record label Rounder Records said in a statement on Friday.

Griffith died in Nashville and no cause of death was given, according to Hollywood publication Variety.

Born in Texas, Griffith gained success as a writer of songs including “Love at the Five and Dime,” a hit for singer Kathy Mattea, and “Outbound Plane,” which was recorded by Suzy Bogguss. She described her style as “folkabilly.”

“We are deeply saddened to hear that Nanci Griffith has passed,” Rounder Records said. “Our condolences to her family, friends and many fans.”

Griffith won a Grammy for best contemporary folk album for her 1993 album “Other Voices, Other Rooms,” a collection of covers of classic country songs.

“Nanci Griffith was a master songwriter who took every opportunity to champion kindred spirits,” Kyle Young, CEO of the Country Music Hall of Fame and Museum, said on Twitter. “Her voice was a clarion call, at once gentle and insistent. She offered gifts that no one else could give.”