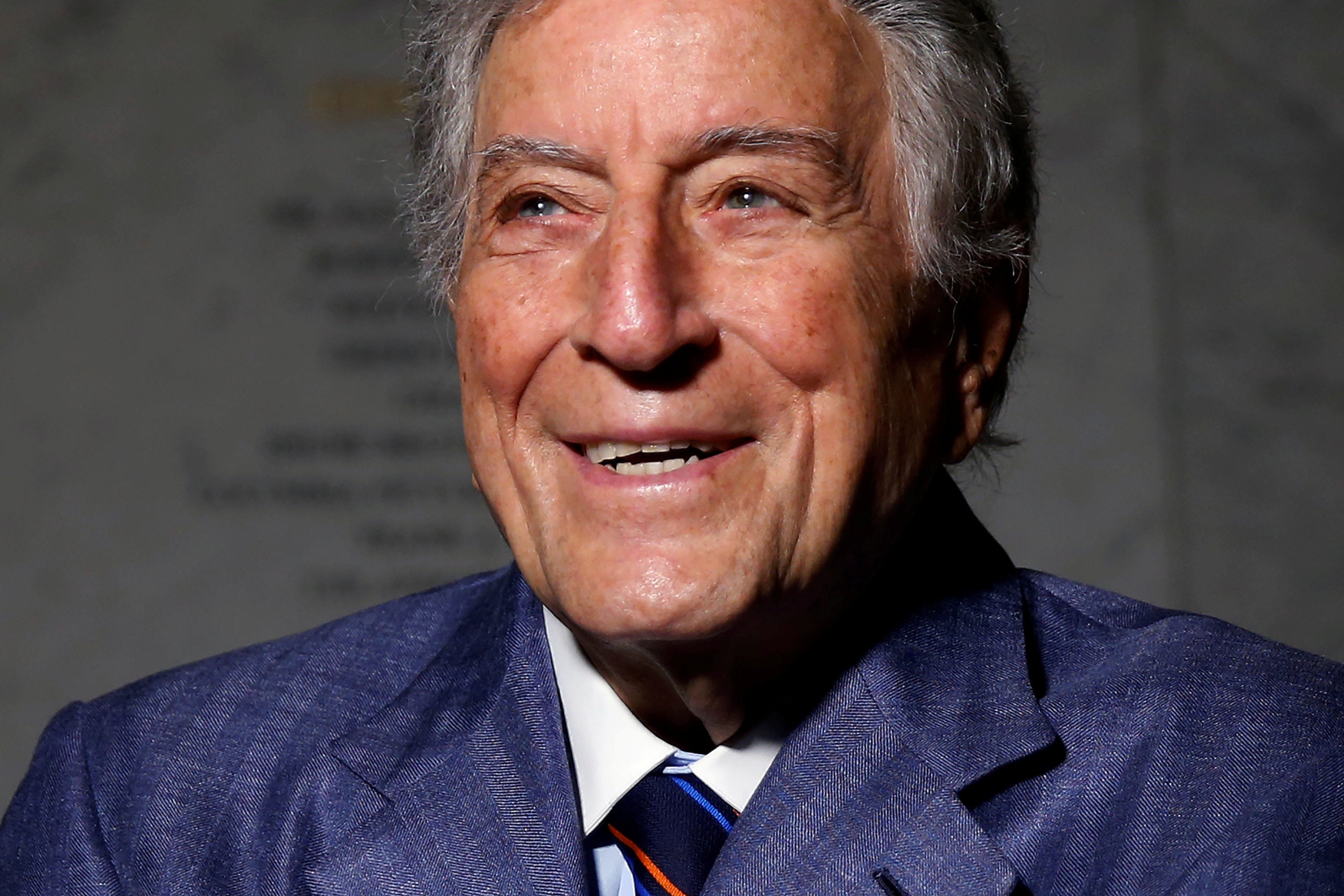 FILE PHOTO: Singer and artist Tony Bennett poses for a portrait before an opening of his art exhibition in the Manhattan borough of New York, U.S. May 3, 2017. REUTERS/Carlo Allegri/File Photo

LOS ANGELES  — American singer Tony Bennett is stepping back from concert performances at the age of 95, his son said on Friday.

Bennett, who was diagnosed with Alzheimer’s disease in 2016, canceled a run of concerts planned for later this year and won’t be returning to touring, his manager son Danny Bennett told Variety in an interview.

“There won’t be any additional concerts,” Danny Bennett said.

“This was a hard decision for us to make, as he is a capable performer. This is, however, doctors’ orders… We’re not worried about him being able to sing. We are worried, from a physical stand point, about human nature. Tony’s 95,” he said.

Bennett, best known for his signature ballad “I Left My Heart in San Francisco,” made his two last live performances last week at Radio City Music Hall in New York with Lady Gaga in a show called “One Last Time.”

The duo recorded a second album of classic duets between 2018 and 2020 that will be released in October. A video showing them recording the single “I Get a Kick Out of You” was released last week and showed the 18-time Grammy Award winner in good form.

“He has short-term memory loss. That, however, does not mean that he doesn’t still have all this stored up inside of him. He doesn’t use a Teleprompter. He never misses a line. He hits that stage, and goes,” his son said of the Radio City concerts.

“Tony may not remember every part of doing that show. But, when he stepped to the side of the stage, the first thing he told me was: ‘I love being a singer.'”

Bennett started his career in the 1950s after being discovered by comedian Bob Hope.