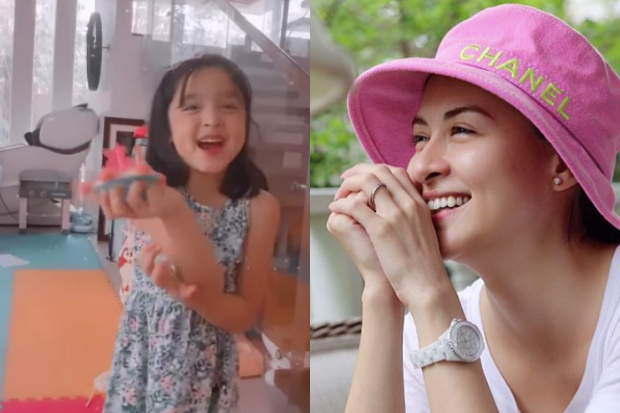 Zia Dantes has given a special twist to the classic “Happy Birthday” song as she celebrates her mom Marian Rivera’s 37th birthday.

Rivera appears to receive a small cake from Zia, who sang her own version of the birthday song, as seen in a video on the actress’ Instagram Story and Facebook page yesterday, Aug. 11, on the eve of Rivera’s birthday. Zia is Rivera’s first child with actor Dingdong Dantes.

Zia’s little brother Ziggy also joined in the birthday greeting, but he was not there to sing to his mom. The little boy looks like he was trying to snatch the sweet treat out of his sister’s hand.

The video has since earned more than 54,000 reactions on Facebook and more than 1,000 comments as of this writing.

Rivera and Dantes welcomed Zia in November 2015, while Ziggy was born in April 2019. The couple, known as GMA’s primetime king and queen, tied the knot in December 2014 in a ceremony dubbed the “royal wedding.”  /ra