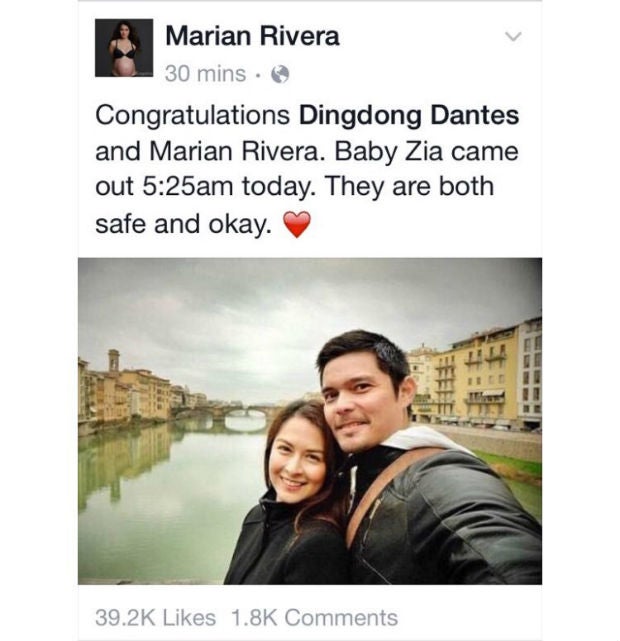 Rivera gave birth at 5:25 a.m. at the Makati Medical Center via normal delivery.

Rams David, Rivera’s manager, confirmed the news by posting a text message of Dantes on his Instagram account.

Dantes’ text message read: “Maria Letizia came out at 5:25 a.m. today. Thank God they are both safe and okay.”

David said that the news was “the best Christmas gift from God.”

Rivera revealed that she was pregnant in April, four months after she and Dantes were married.

Due to her pregnancy, she begged off from her role at the teleserye “The Rich Man’s Daughter.” However, she remained active in the GMA 7 Sunday variety show “Sunday Pinasaya.” AJH