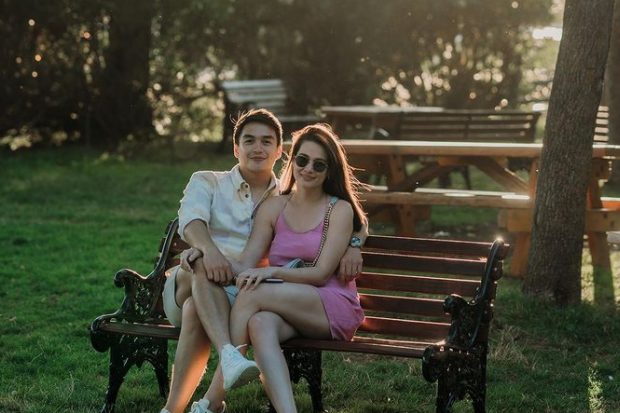 Bea Alonzo has finally confirmed that she is in a relationship with actor-model Dominic Roque, after months of speculations from fans.

The actress opened up about her love life through an exclusive interview with the news program “24 Oras” yesterday, Aug. 9.

“It wasn’t as if masyado ko siyang pinlano or masyado ako nag-hold back. It just came out naturally,” Alonzo said. (It wasn’t as if I planned about it so much or that I held myself back a lot.)

She admitted that she was being cautious in publicly talking about her relationship with Roque, but pointed out that she was not hiding it from her fans. Instead, she was being “careful” in letting them know about it because of “past experience.”

Alonzo noted that while she has made the relationship public, she considers her private moments with Roque as her “most treasured” ones.

Alonzo’s confirmation comes after she and Roque were spotted hugging during their recent camping trip together in California in the United States.

Fans started asking about the real score between Alonzo and Roque when the actor professed admiration for Alonzo last year. The actress confirmed last April that she was indeed dating Roque, but clarified that they were not in an exclusive relationship at the time.

Alonzo’s most recent relationship was with actor Gerald Anderson, which ended in controversy in 2019 after allegations of a third party, speculated to be Julia Barretto. Anderson admitted his relationship with Barretto last March. Dana Cruz /ra