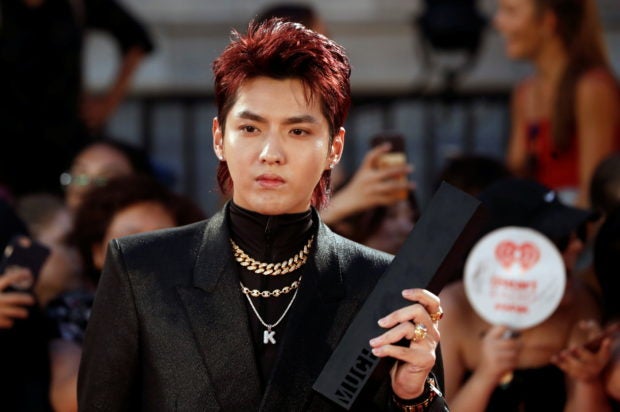 Chinese-Canadian actor and pop star Kris Wu may be sentenced to at least 10 years in jail to life imprisonment if proven guilty in multiple charges of rape.

If Wu gets convicted of the accusations, and after the imprisonment, he will then likely be deported after serving his sentence in China, a lawyer from Beijing Lanpeng Law Firm told Chinese state-owned media Global Times on Sunday, Aug. 1.

“Wu was detained and may be held on criminal liability. But any losses his endorsement business suffers falls under civil liability in accordance with the Contract Law,” the lawyer was quoted as saying.

Wu was a member of the South Korean-Chinese boy band EXO. Historical drama series “The Golden Hairpin,” which also stars Wu, has since removed all posts related to the actor on its official Sina Weibo account on Sunday, leaving only a poster with the show’s supporting characters. Several brands have also cut ties with Wu amid the accusations.

Communist Party-owned People’s Daily earlier stated that Wu’s celebrity status and foreign citizenship are unlikely to help him in his case, stressing that foreign nationality is “not a talisman” and whoever breaks the law will be punished. Dana Cruz/JB

Jang Ki-yong to enlist in military this August, agency confirms

Read Next
Pricey ‘Lord of the Rings’ TV series teases first look, launches in September 2022
EDITORS' PICK
Huawei’s relentless mission to bring ultimate health and wellness tracking for your fitness goals
Robredo ready for backlash if she drops out of presidential race
Fil-Am mayor joins call for Mayor Sara to run for president in PH
Smart reaffirms 5G leadership as PH’s most reliable 5G mobile operator
Smart powers Liga Adarna Season 4: Race to the Top
Robredo still mulling if 2022 candidacy is best to foil Marcoses’ comeback
MOST READ
Bongbong parrots Duterte on West PH Sea: We don’t stand a chance vs China
Carpio sees Sara Duterte-Bongbong Marcos tandem ‘in the end’
Robredo ready for backlash if she drops out of presidential race
Heartbroken but not giving up: Robredo still pushing for united opposition for 2022 polls
Don't miss out on the latest news and information.