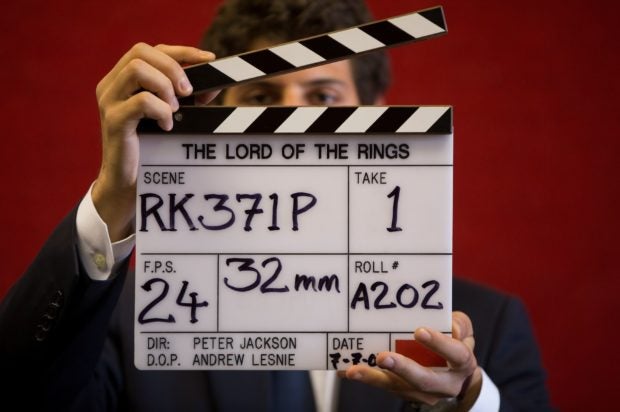 A gallery assistant poses for a photograph with a clapper board used in the filming of the Lord of the Rings film “Return of the King” in Bonhams auction house in London July 31, 2014. Image: Reuters/Neil Hall

LOS ANGELES — Amazon’s multimillion dollar TV version of “The Lord of the Rings” will launch in September 2022, Amazon Studios said on Monday.

The streaming platform said filming on the first season has wrapped in New Zealand. It released the first images of the show via Facebook today, showing the image of a partially sunlit landscape.

“The journey begins September 2, 2022 with the premiere of our original The Lord of the Rings series on Prime Video,” Jennifer Salke, head of Amazon Studios, said in a statement.

Amazon is spending about $465 million filming the first season of the show, according to New Zealand government officials. It is expecting to make five seasons of the show, making it one of the most expensive TV series ever.

It said in a press release that the first season would be available in more than 240 nations, with new episodes released weekly.

The epic fantasy plot will take place thousands of years before the events narrated by writer J.R.R. Tolkien in his books “The Hobbit” and “The Lord of the Rings.” IB/JB