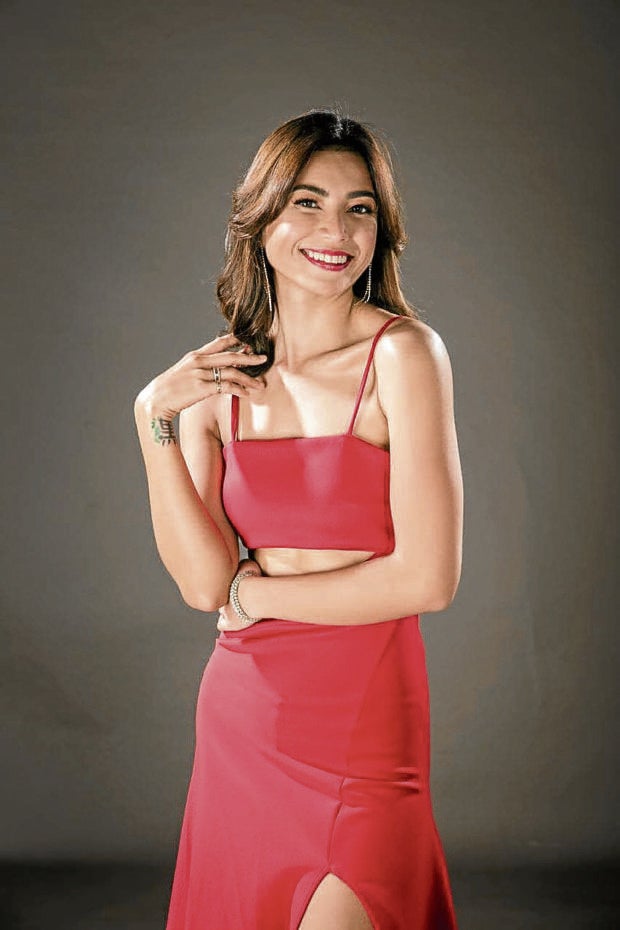 In terms of “logistics,” it would be ideal, Glaiza de Castro said, to hold her wedding with her Irish fiancé, David Rainey, here in the Philippines.

“Ideally, it will be here because I have a big family—I can’t take all of them to Ireland! David’s family is smaller, fewer than 10, so logistically, it will be easier to bring them here,” Glaiza said at a recent Zoom press conference for the new GMA 7 afternoon series, “Nagbabagang Luha,” which began airing yesterday.

The actress is looking forward to having David’s family in the country. “They have yet to visit or experience the Philippines and its culture. Only David has been here, so I’m very excited to have the rest here,” related Glaiza, who had previously said that she was leaning towards a destination—probably a beach—wedding.

But a final date remains to be seen at the moment. Because of the COVID-19 pandemic and the resulting travel restrictions, it’s unlikely that Glaiza and David will tie the knot any time soon. Seeing each other is already tricky enough these days, what more planning a wedding?

“To be honest, traveling during a pandemic is challenging. Our relationship is expensive in a way, because of all the flights,” she said, laughing. “I hope our situation improves … We hope to see each other soon. We’re praying that it happens in God’s time,” added Glaiza, who spent last year’s holiday season in Ireland, where she and David got engaged.

Being away from each during these times, she surmised, could be a way for them to “strengthen our relationship, and build trust and patience.”

Over the years, Glaiza’s name has become associated with “fierce” female characters—Sang’gre Pirena in “Encantadia” reboot; the vengeful Bea in “Contessa” and the dissident Commander Liway in the indie film “Liway.”

This time, in “Nagbabagang Luha”—an adaptation of the 1988 Ishmael Bernal film of the same title—she plays a character that is an antithesis to the previous ones she played. “It’s different because my role has no streak of fierceness, so that’s a bit challenging for me,” she said of her character, Maita, who ends up being rivals with her younger sister, Cielo, whom the former raised and protected, after they were abandoned by their mother.

“The role involves lots of crying and heavy scenes. But no matter where you look at it, that’s what’s being required by the story. It’s quite a jump from playing Pirena or my role in ‘Contessa,’ which I got to play with,” she said.

“But I’m happy I was given this challenge … a role I didn’t think I could do. There were times I got frustrated because I felt like I had no more tears left. I’m used to strong characters. But here I was able to learn how to keep my character grounded while she bears her pain. With the help and patience of my directors (Ricky Davao and Philip Lazaro), I got through it,” she added.

The role of Maita was originally played by the award-winning actress Lorna Tolentino. Comparisons are to be expected. “There’s already a pattern, because the people have already seen what the original actors did. So my assignment is to make my portrayal new and relevant to today’s time. The approach and execution should be different,” she said.

Maita turns to her boyfriend, Alex (Rayver Cruz) for strength. But just as they’re about to start a new life, Cielo returns out of the blue. But instead of happiness, jealousy and betrayal ensue.

Working with Claire made Glaiza realize that she’s now in a position where she has to guide younger artists. “I acknowledged the fact that I’m no longer a newbie. I looked back to how I was guided by my seniors. I was like Claire’s sister on the set. I assured her that it’s OK to make mistakes. Because no matter how good you are, there will be times when you will get tired,” she said.

“I’m so proud of the performance she delivered. And I just pray that she takes care of herself; that she never stops learning; and that she feels happy about what she’s doing,” Glaiza added.

Meanwhile, Glaiza admitted that filming intimate scenes with Rayver was a tad awkward, because they have known each other since they were kids and members of Star Magic batch 11.

“I have known Rayver for so long. I used to see him dance when we were little, I couldn’t imagine that we would end up doing intimate scenes,” she said, laughing. “But he’s fun and comfortable to work with. Tropa ko na ‘yan,” she said. INQ