Jaya on managing diabetes, getting COVID and leaving PH 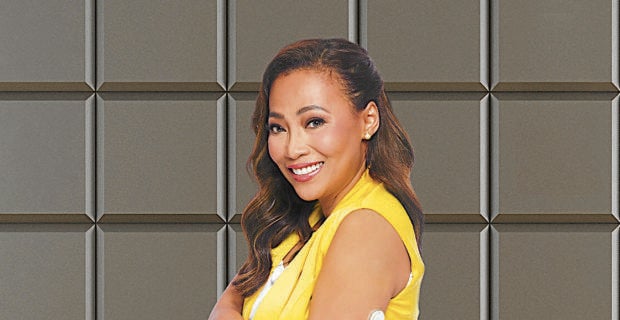 Covering now US-based singer Jaya as she raises awareness for diabetes management is a no-brainer for me. But it’s more personal than you think.

But there was certainly more to it than mere nostalgia and the timely opportunity to “reconnect” with Jaya, albeit virtually, that resonated with us.

In 1998, my dad succumbed to complications of diabetes as I was rehearsing for the touring production of Musical Theater Philippines’ “Tsinoy, Mga Anak ng Bayan,” where I played President Emilio Aguinaldo, opposite lead stars Audie Gemora and Jamie Rivera. Four days after my father was laid to rest, I was already performing in the said musical at an all-girls school in Greenhills.

So I know only too well that getting diagnosed and living with diabetes is not to be taken lightly, and learning to manage it well to reduce its risks is crucial.

In fact, in a recent Philippine Statistics Authority survey published just last month, diabetes was found to be the fourth leading cause of death in the Philippines, accounting for 39,723 of total deaths in 2020 alone.

In Jaya’s case, the songstress was diagnosed with Type 2 diabetes shortly after giving birth to her first child. It quickly manifested in her moods.

“Nanlalambot ka,” she told us when I asked her how it affected her work and lifestyle. “I mean, I’m 51 years old. It sometimes made me a little more irritable than usual … and sleepy. These are the things that give me the ‘signals’ that something is going on.

“Hindi s’ya naging balakid for me as a singer, even when I was doing a little bit of acting. It wasn’t a hindrance because I learned to manage it … I knew exactly when and what time to eat, what to eat and what not to eat. And I always had water, instead of juice.

“I had to make some changes that I needed to get used to. Ang hirap-hirap palitan dahil we all know na tayong mga Pilipino mahilig sa sago’t gulaman, palabok at kung anu-anong pagkaing malinamnam. But there’s a certain time in our lives when we really have to adjust [to new realities].”

I then asked Dr. Sjoberg Kho, chair of University of Sto. Thomas Hospital’s Department of Internal Medicine, who was also present during the webinar, how DM (diabetis mellitus) management has changed in the past decade or so. Is it easier, cheaper, quicker to manage nowadays?

“It’s easier because of new technology,” Dr. Kho said matter-of-factly. “Also, there are already newer medications that can be used to effectively manage it. As for cheaper, probably not, because technology comes at a price.

“The more effective ones are a bit pricey, but we have to let the pharmaceutical companies earn from them. They need to earn some money from them so that they can put it back to research. If we keep everything cheap all the time, not much else will be allotted for research—which is crucial.

“As Jaya mentioned earlier, let’s also put a premium on value. Preventing hospitalization or complications prolongs life; it improves the quality of life. Dialysis right now is worth anywhere between P5,000 to P10,000 per session, so it would help a lot if we can also prevent something like that from happening.”

Of course, Jaya was also asked about her decision to leave the Philippines and relocate with her family to the United States.

“I’ve been performing for some 40-plus years already,” Jaya said. “When the pandemic began in 2020, I think I had COVID in the States when I went and did six concerts sometime February last year, pero hindi pa s’ya ganun kalaki when I came back home. It lasted for three weeks with the usual symptoms—my voice was paos, no fever, but there was intense body pain.

“Then, a lot of things happened. Matagal na naming pinaplano to live in the US—it wasn’t really to migrate, because I’ve always been a resident here, and my husband and children are dual citizens—so it was just a matter of time. We planned to move before Christmas. To make a long story short, the goal was to live here.

“I can never turn my back on performing. I’m still going to sing and do concerts. I’m just doing this to rest, give myself some time to be a mother and wife, serve our church and experience a semblance of normalcy with my family.