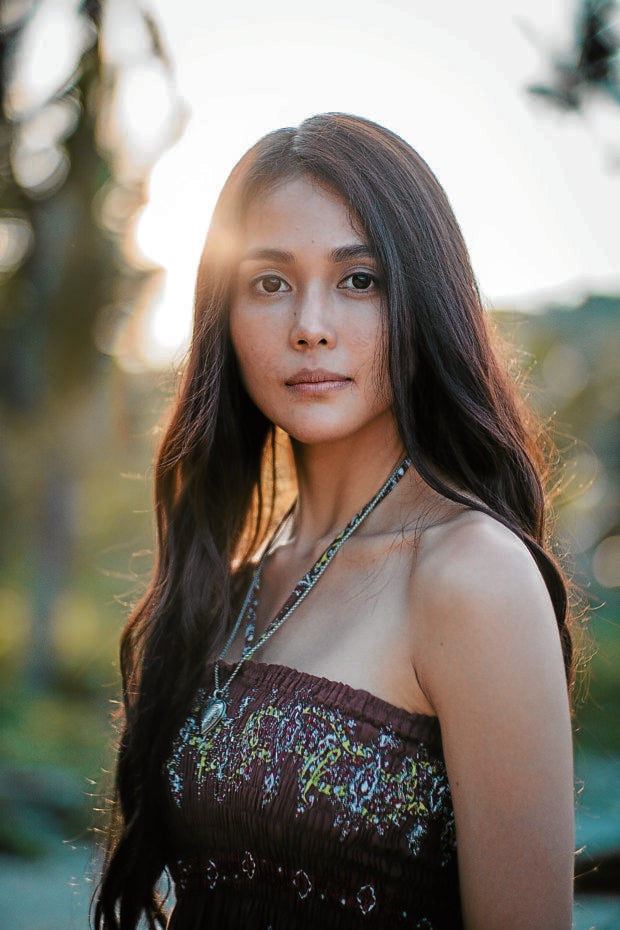 Joining a beauty pageant was never part of Cindy Miranda’s plans. But perhaps she ended up taking that path, she surmised, in preparation for her longtime dream—becoming an actress.

“I don’t remember having beauty queen idols growing up. I didn’t aspire to be one … But I have always wanted to act since I was a child. My family wanted me to become a doctor, but I didn’t know how to express what I really wanted. And it seemed it was impossible because there are a lot of beautiful girls out there, and I didn’t know where to start,” Cindy told the Inquirer in a recent Zoom interview.

She was scouted and encouraged to enter Binibining Pilipinas 2013, where she finished in the Top 5 along with Pia Wurtzbach, Bea Rose Santiago and Ariella Arida. She’s glad she gave it a shot. “Pageants gave me the opening I needed to enter show biz because I didn’t know anyone in the industry I could go to,” she said. “I’m thankful for the journey.”

But she didn’t book major projects out of the gate. Her career moved at a glacial pace in the following years, which had her playing bit roles once in a while. “Sometimes, you play support. Oftentimes, you’re just an extra. There are times when you wait all day on the set for nothing,” she related.

Experiences like that can be disheartening, she admitted, and there was a point when she started doubting herself. “I didn’t get jobs right away after Binibini. Many times, I asked myself, ‘Hanggang dito na lang ba?’ And it’s especially difficult when your family starts asking you for a Plan B, and you can’t give a concrete answer,” she said. But instead of throwing in the towel, Cindy spent her career’s lean periods to improve herself. “I waited and waited and silently worked on myself, so that, when the opportunity comes, I’m ready and will be able to deliver,” she said.

But this time, she’s headlining the film “Nerisa,” where she’s paired with Aljur Abrenica. After years of waiting, Cindy finally started to see progress. “I believe you have to go through the hardships, because it will help you become strong and disciplined. Discipline was something I learned from joining pageants. I waited a long time, but I held on to my dream. I had to trust myself because that’s the only thing you can do. You have to believe in yourself, because no one else will,” she stressed.

In “Nerisa,” which is now available on Viva Entertainment’s online streaming platform, Vivamax, Cindy plays the title role—a mysterious woman, who gets rescued in the sea by a fisherman named Obet (Aljur). While she didn’t want to spoil the plot, she said that the film tackles women issues and empowerment.

“It shows what Nerisa can do amid injustices. She gets harassed and is seen as an object. Will she just sit there and take them, or will she act on them? Sometimes, you’re unable to fight, not because you can’t, but because you’re expected not to,” Cindy said. “Nerisa is courageous. Playing her makes me feel empowered to stand up for myself and not let others step on me.”

While she was required to do intimate scenes in “Adan,” doing them here—with Aljur, this time—still made Cindy nervous. “I would freeze before the love scenes. But Aljur chatted me up to make me feel comfortable. We talked about our limitations … We made sure we were fully aware of the cameras, so we could do it right in one take. And we did,” she said.

“Everything went well. Aljur is such a gentleman, and the respect was always there. I didn’t feel awkward and he helped me ease my worries,” she added. “I’m actually introverted, and I’m usually unsure how to communicate with new people. But everyone was helpful and friendly.”

While her two most recent films are sexy dramas, Cindy’s next projects will be different, she said. “I hope to do action movies and thrillers, because those are genres I enjoy most as a viewer,” she said. “But I would be open to any kind of role. I don’t have any specific costars in mind, either, because I know I will learn a lot from whoever I get to work with,” she said.

Cindy still has her shortcomings as an actress, she admitted. But she’s always willing to learn.

“The projects I’m getting now are something I used to just pray for. Now, they’re in front of me. I can’t say I have already made it, but I’m nearing the doorstep. I just have to work harder and appreciate the journey,” she said. INQ