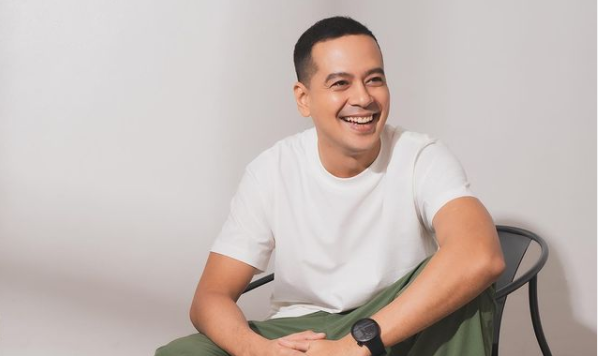 John Lloyd Cruz has opened up on his decision to take a break from show business, noting that it was a combination of numerous factors, including those that actually manifest or remain unresolved.

“I guess I got tired fighting for the content that I want to see on a more commercial platform. I felt we owe it to our audiences, to make sure na hindi namin kayo pauulit-ulitin (to make sure we do not give you repetitive shows),” the actor told broadcaster Karen Davila in the latter’s Spotify podcast today, July 29.

When asked if he could describe the reason behind his hiatus as burnout, Cruz noted that it was “one of the indications.”

“Pwedeng nandoon din siya nakapaloob. But ang totoo is I was evolving and it was too complex for me to understand or comprehend,” he said. “Calling it burnout would somehow, parang nare-reduce into that. Kasi it was a combination of so many issues. ‘Yung pagka-burnout about it probably is one of the indications.”

(It could be part of that, but the truth is I was evolving and it was too complex for me to understand or comprehend. Calling it burnout would somehow be like reducing it to that, because it was a combination of so many issues. Burnout is probably just one of the indications.)

Cruz added that aside from burnout, his decision to step away from showbiz also involved “unresolved questions” and “discontinued dialogue with certain creators.”

“Totoo ‘yung kapag hindi mo nagagawa ‘yung gusto mo, nagkakaroon ka ng imbalance. So ang hirap, kasi parang hindi ko sila na-convince,” he said, not giving further details about the supposed discussions. (It’s true that if you can’t do what you want, you experience an imbalance. It was difficult because I didn’t get to convince them.)

Cruz insisted that while many fans consider his appearance in GMA Network last month as his return to showbiz, he did not actually stop acting.

The actor also clarified that falling in love and wanting to build a family was not what pushed him to take a step back from the limelight.

“To have your own family unit is a very primitive idea. Kaya siguro ako doon napadpad (maybe that’s why I got there), but that’s not the entire reason,” he told Davila.

It can be recalled that Cruz announced his hiatus from showbiz in 2017. It was around this time that he had a relationship with actress Ellen Adarna, who later gave birth to his son, Elias. They have separated but agreed to co-parent.

The actor’s career is now managed by actress Maja Salvador’s agency Crown Artist Management. Cruz was handled by ABS-CBN for most of his career. JB