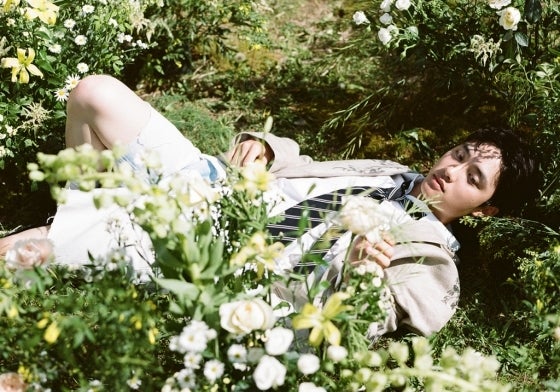 Photo by SM Entertainment via The Korea Herald/Asia News Network

The musician is putting out his first solo album “Empathy” on July 26 and co-authored words for two out of eight tracks. Six of the songs are new and two are bonus tracks including English version of title track “Rose.”

“Rose” is an acoustic folk number and he sings of how one’s heart goes aflutter having fallen in love and works up the courage to confess his feelings. He also co-wrote “I’m Fine,” which expresses his hope that one can say greetings to oneself not just to others to the tune of jazzy guitar sounds.

The veteran idol has released solo songs, “Crying Out” for the original soundtrack of movie “Cart” in 2014 and “That’s Okay” in 2019 through SM Station. He resumed activities after completing military service in January.