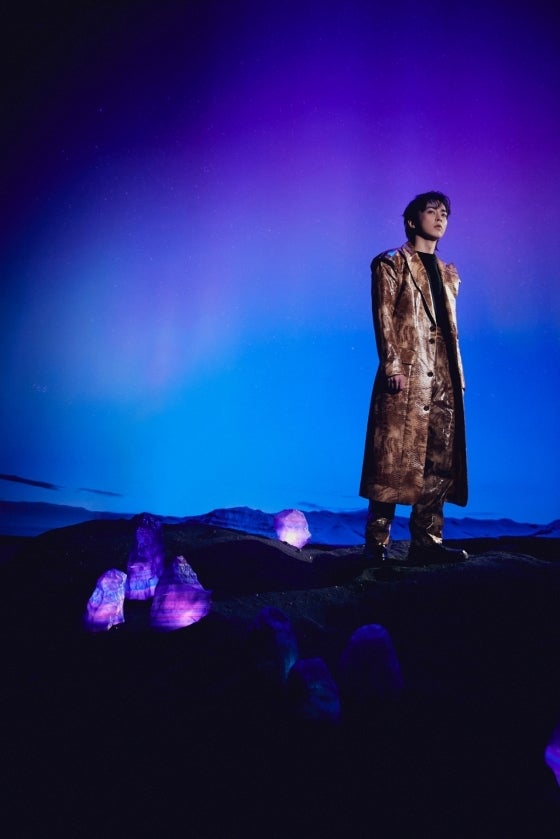 SEOUL — EXO shared teaser photos of Xiumin and Dio for its forthcoming special album on Monday.

The band is rolling out “Don’t Fight the Feeling” on June 7 and its label, S.M. Entertainment, dropped the first batch of photographs of the two since they returned to the music scene after serving their military duty. It is the first album the two performers have taken part in since 2018.

Although Baekhyun, Chanyeol, Suho and Chen would not be able to join the promotional activities — they are currently performing their military service — they all joined forces for the EP. It was the band’s first record since its sixth LP, “Obsession,” from November 2019.

The new album consists of five tracks, and the promotional poster hinted at a grand theme with words such as “Exo-Ship Saga” and “Parallel.” The title track is a dance number that mixes the upbeat rhythms of synthesizer and bass with lyrics urging the young to believe in themselves and leap forward.