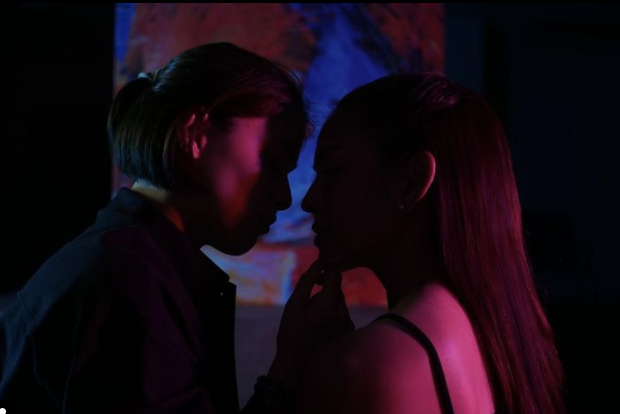 Kylie Padilla and Andrea Torres got intimate and cozy as they teased fans with a scene where they attempt to kiss for their upcoming series, “BetCin.”

The actresses can be seen sitting in a dark place with their faces close to each other, through a teaser on Torres’ Instagram page yesterday, July 20.

Padilla, meanwhile, showed more teaser photos from the scene with Torres on her Instagram page, also yesterday. The two can be seen talking as they sat together on a sofa while another photo showed Padilla giving Torres a kiss on the forehead.

Padilla first told her fans about “BetCin” by showing the script for the series’ first four episodes, through her Instagram page last month. The script’s cover featured the show’s title, the production company Rein Entertainment’s logo and an illustration of two women holding hands.

“A whole lot of [cat emoji],” Padilla said at the time, not revealing further details about the series.

“BetCin” tells the story of online couple Beth and Cindy who are on the verge of breaking up. As they attempt to tell their followers about their split, they receive a message stating they were semi-finalists for a “#RelationshipGoals” contest, as per a synopsis released by Rein Entertainment.

The “BetCin” cast includes actresses Elora Españo and Chai Fonacier. The series will be directed by Shugo Praico. Release date is yet to be announced. JB