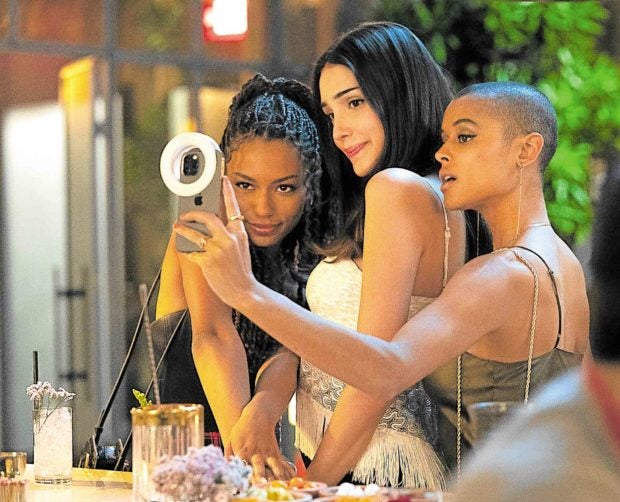 The sibling rivalry between half-sisters Julien Calloway (Jordan Alexander) and Zoya Lott (Whitney Peak) is fueling the tension that keeps “Gossip Girl” viewable and popular, as the ratings and social media buzz suggest.

Then, there’s also Filipino-American actor-model Evan Mock (as Aki Menzies) and Emily Alyn Lind, the lovely actress who plays his girlfriend Audrey—and it’s easy to see what makes their characters nothing less than compelling.

While Aki and Audrey’s affection for each other is beyond question, it soon becomes clear that Audrey and her bi-curious beau are likewise sexually drawn to another good-looking member of Constance Billard’s “in crowd”: the gorgeous but rabble-rousing pansexual Max Wolfe (played to naughty perfection by Thomas Doherty), who pursues anyone—male or female, teacher or student—who tickles his fancy! 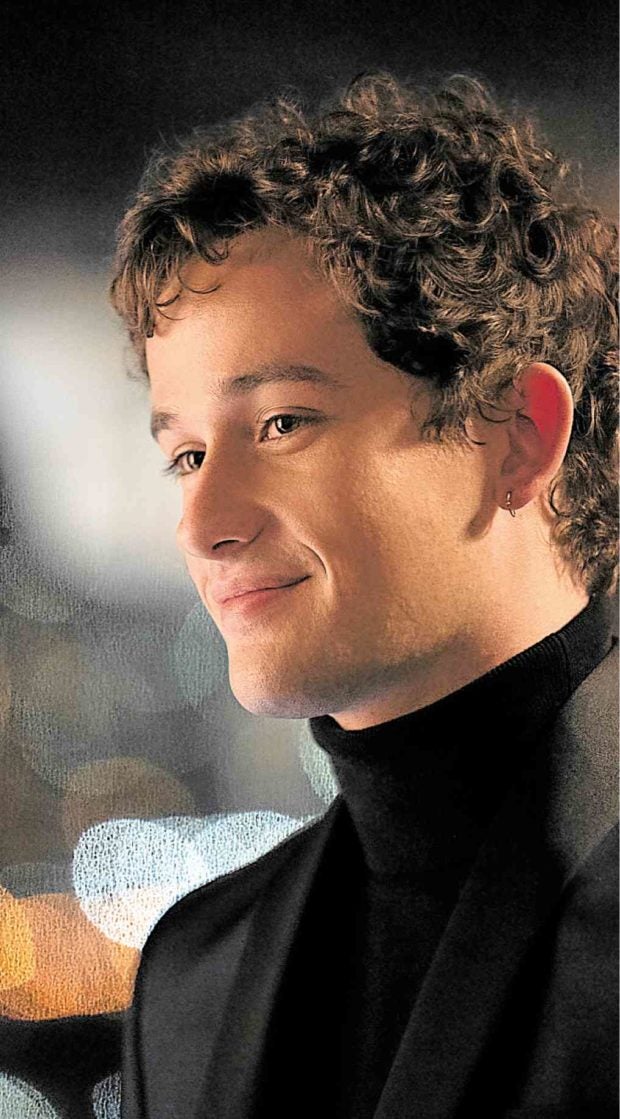 But to give you an idea why “Gossip Girl” is unapologetic about its prismatic view on sexuality, friendship and teenage life in the age of social media, with a wide swath of LGBTQIA+ perspective to boot, gay showrunner Joshua Safran told Ruth Kinane of Entertainment Weekly last month that he understands “what it’s like to hide something, or to walk into a room feeling like somebody there doesn’t think you’re equal.”

This, Joshua said, has given him a perspective that lets him “hold space for other people’s points of view.”

Indeed, while “Gossip Girl” doesn’t put the thematic concept of guilt on the back burner, it also gives its characters some breathing space to embrace or reclaim their sexuality.

“I find the show’s take on sexuality hugely liberating,” Thomas said when we asked him during the virtual interview with the Asian press last Monday about how he reacted to its bolder approach. “It’s very honest. I think it’s important to do that because it’s representative of what’s going on and how people feel these days. And it’s nice for them to be seeing how they can identify differently from what they’d conventionally be indoctrinated to think.

“It definitely forced me to question all my preconceived notions of sexuality, sexual identity and gender identity—which I really loved. I just hope that the series makes people out there feel represented and seen.” Youth culture

As for the series in general, the dashing actor said he doesn’t think it’s really saying much about youth culture per se.

“With ‘Gossip Girl,’ everything’s heightened, fabulous or ridiculous,” he explained. “These rich kids are completely detached from what you may consider normal people, as gleaned from the way they live. So, I don’t think it holds responsibility for that aspect of it. “But you can definitely see that, regardless of background, teenagers do go through similar emotions, turmoil and relationship upheavals—that’s what it shows.” 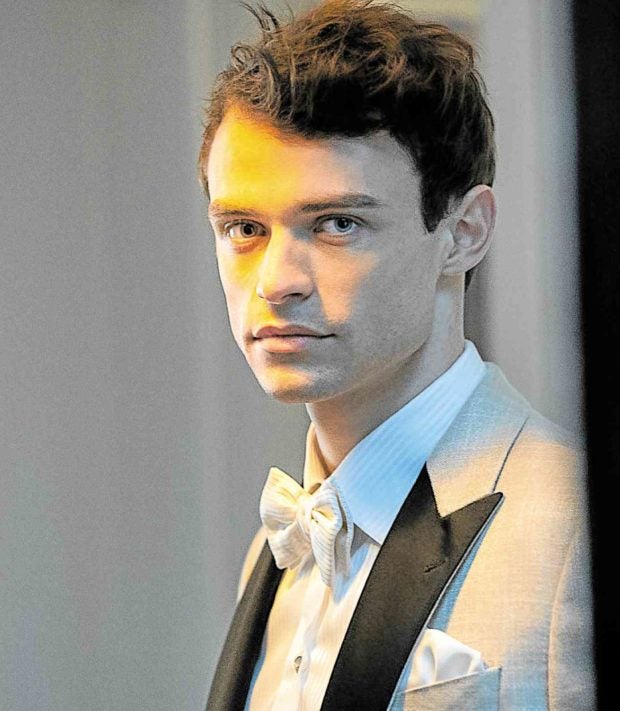 For the 26-year-old Scottish actor-singer, another challenging aspect of bringing Max to life is getting comfortable with Max’s American accent.

“When I’m on set, I want to be focused and be present with what I’m doing,” Thomas said. “But it was hard at first, because you’re thinking about two things at once—playing the character and delivering the accent right, which I found quite challenging.

“Apart from that, we’ve had so many months to prepare, which helped us [get comfortable with the role and] fully embody the character. So, we didn’t need to think about our characters as much—we just read the script.”

‘Growing up so quickly’

Asked to compare his experience in high school with those of “Gossip Girl’s” privileged youngsters, Thomas recounted, “Mine wasn’t like that at all (laughs). It’s completely unrelatable! I just went to a public still in Scotland, and it was nothing like this.

“It’s a testament to how much social media has changed how young people operate. I missed [the onslaught of] social media, which is amazing. Back then, we would play outside and do normal teenage stuff. Now, I look at 16-year-olds and kind of cringe (laughs). I feel like everyone is growing up so quickly. It’s just too fast.”

There’s something “entertaining” about what we see on social media, Thomas admitted, but it’s downside is “terrible.” “It’s bad for the world or our society,” he quipped. “It creates these unbelievably unattainable expectations that feed on people’s insecurity. It makes people feel quite greedy. They always want more of what they see.

“Yes, there are fun videos and funny memes on it, and it’s nice to be able to see what my friends and family are doing back home occasionally. But for the most part, I don’t know if social media is a great thing.” INQ