Time out or time’s up for Kylie and Aljur 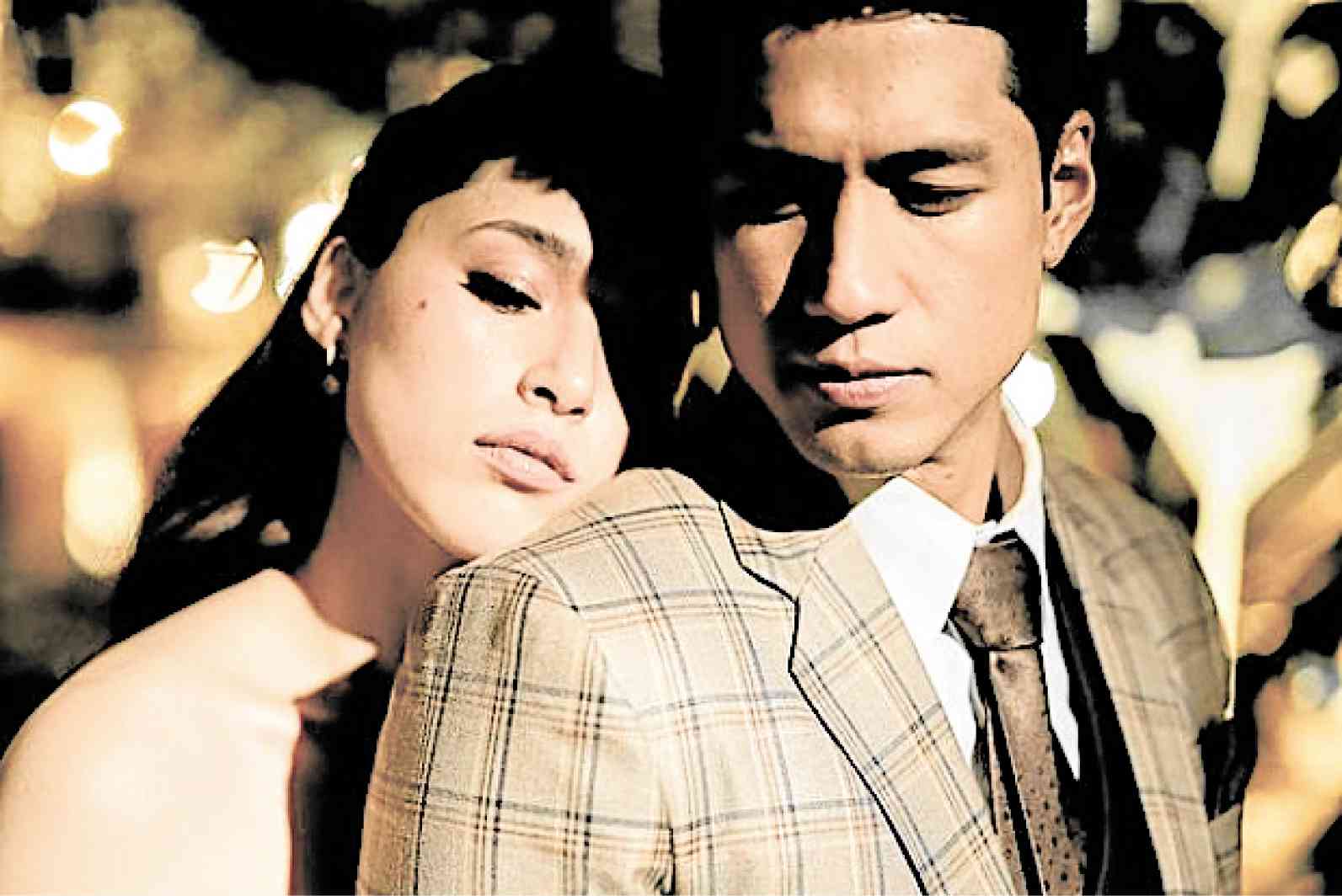 When news about the split-up of Kylie Padilla and Aljur Abrenica broke out, my mind went on flashback mode. I remember the time Aljur told me that he wanted to win Kylie back. That was during their breakup as boyfriend-girlfriend many years ago.

We were at the birthday party of my BFF Buboy (Cesar Montano). Back then, Aljur didn’t meet Kylie’s dad (Robin Padilla) yet, so he was asking me what Binoe was like. Aljur was dead set on gaining Binoe’s approval.

Now that they have parted ways again, I wonder if Aljur still has the same resolve to patch things up.

“We create our own reality. My world revolves around my family. There’s nothing I won’t do for them,” Aljur said during a recent Zoom mediacon.

Binoe insists that there’s a third party involved. The alleged culprit, Cindy Miranda, has denied rumors linking her to Aljur. But sometimes, “another woman” is not exactly the cause of a breakup, but more of an “after-effect.”

Kylie seems to have moved on as she posted a photo on Instagram with their kids in their new home. Or, is she just putting up a brave front for the sake of her sons?

I asked Binoe’s wife, Mariel Rodriguez, for her sentiments about the issue, but she begged off. “Naku, I don’t want to comment. I’m sure you understand.” Hopefully, Kylie and Aljur just need some time apart to fully appreciate what they had together. Is it “time out or time’s up” for them? And so it goes. Only their hearts know. 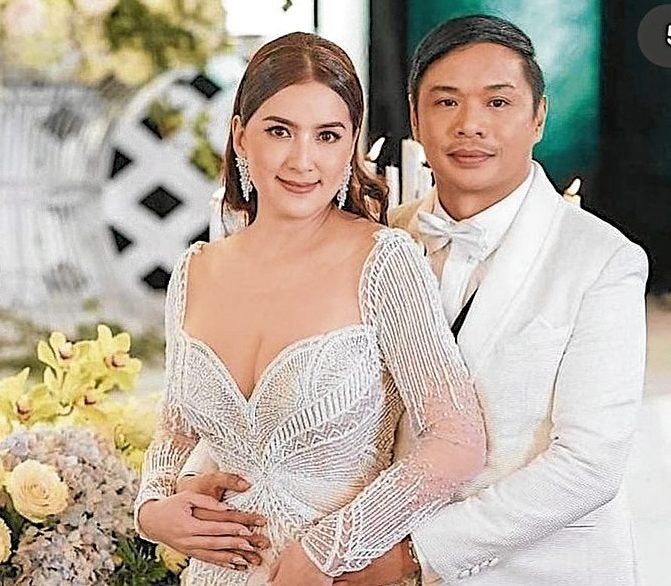 Ara on becoming a stepmom

I am overjoyed for my “sis” Ara Mina. After all the love battles she’s been through, her heart finally got its “reward” in Dave Almarinez. As a friend, I can vouch that she goes over and beyond the call of duty. What more as a wife to Dave, and a stepmom to his children? When Ara’ s heart is in it, the sky’s the limit.

Here’s my chat with Ara:

What comes first to you, being a wife or a mother?

Being a single mom to Mandy made me put her on top of my priority list. For more than six years, all my efforts have always been for Mandy’s welfare. Now that I am married, I understand that my husband should be my priority next to God.

Dave, however, made it clear to me that he will never get in the way of my parenting and will, in fact, partner with me in raising Mandy. So, it’s not an issue of who comes first, because I know that I have already established my bond with Mandy. What I need to focus on in this current season of my life is to establish my bond and my submission to my husband.

How are you preparing to be a stepmom?

Even before I had Mandy, I had siblings that I cared for and literally took care of. Taking care of people is a blessing, and I already lovingly accept my husband’s children as my own. It’s not a one-way thing, though. Dave will also be a stepfather to Mandy, and I know we will be the best stepdad and stepmom for our respective children.

I will welcome advice from friends and family, but if there’s one thing that really matters, it is what the Lord says about love that must be applied in my marriage. (1 Corinthians 13:4-7)

How many kids do you and Dave plan to have?

How did Dave change your concept of love?

My concept of love has always been to love others in the same way God loves me. Thankfully, I can feel that the love I give to Dave is reciprocated. Love is an active word. It must be expressed, developed, improved and celebrated in marriage. I’m grateful that I have the opportunity to love someone who also decided to love me with all his heart. 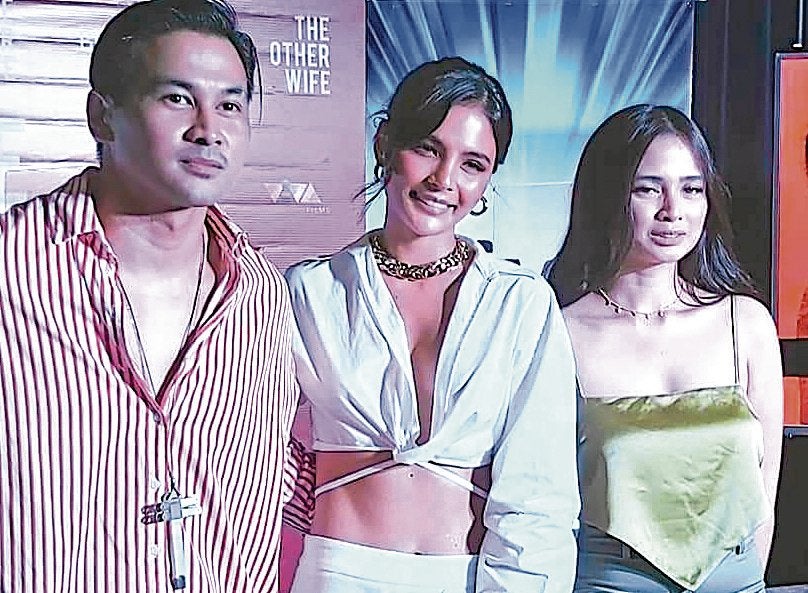 ‘The Other Wife’ stars speak

Since the pandemic started, all press cons were held via Zoom. After a long while, I attended a “face-to-face” press con of Viva in the time of COVID-19.

All of us attendees had a swab test prior to the press con. Results were negative. And it felt good to get back in the groove, although I miss the way press cons used to be. But it somehow gives me renewed hope that the show biz industry is well on its way to a “better normal.”’

As every actor’s mantra goes, “The show must go on.”

The press con was for “The Other Wife,” which is now streaming on Vivamax. Starring Lovi Poe, Rhen Escaňo and Joem Bascon, the sexy thriller movie turns ménage à trois into “menace” à trois.

L: Stepping out of my dad’s shadow was tough. If I tried to fill his shoes, I won’t get anywhere. I had to free myself from the thought of my father being the great Action King to be able to pursue my own path.

J: Our wild scenes in the film were done in an artsy way. Doing sex scenes are like fight scenes. There must be flow of movement. ‘Di pwedeng “do your own thing.” After a love scene, I ask my costar if she’s alright, to make sure I did not do anything that made her feel violated.R: It’s OK to be crazy in love, but [it has to be] for the right person. He or she should be worth your full emotional investment.

L: If my boyfriend cheats on me, I probably won’t forgive him. Depends on how grave it is. I’ve always been a believer of moving forward because I know what I deserve. When I have a jealousy attack, I tend to keep quiet. I don’t want to feed the negative emotion.

J: Meryll (Soriano) and I learned from our mistakes during our relationship the first time around. Now that we are back together, we’re more mature. Our focus for now is on our baby. Marriage can wait.

R: Our movie is unlike other movies about mistresses. It has such an unexpected plot twist. Not all queridas are home-wreckers. Sometimes, they make men realize why they should go back to their wives.