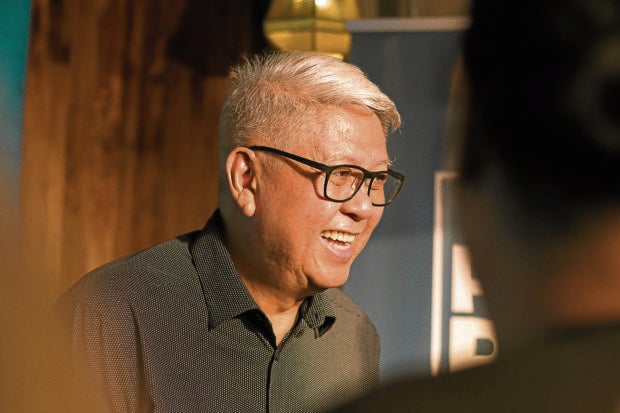 The only way for Filipino musicians to break into the global music industry is by writing songs in their own language, National Artist and Ramon Magsaysay Awardee Ryan Cayabyab has said.

Cayabyab has begun collaborating with songwriters in the islands of Visayas and Mindanao and lately Luzon to compose pop songs in their own language, and the results have been awe-inspiring.

As an offshoot, VisayanPop and MindanaoPop music festivals have come about. Coming soon is the AmiananPop, which will feature compositions from songwriters in northern Luzon. Amianan is an Ilocano term for north.

To wean Filipinos off the trend of copying Western music, the 2018 National Artist for Music has been advocating “hyperlocalism’’ with fellow Filipino composers to promote popular songwriting in one’s own language.

“Do not think in the global sense, but to look inside and express the way you want to express it because [most] of us in the creative field, we just keep on imitating what is trendy, just extending it, and make it sound like everybody else. Well, that is exactly what we want to turn around — not to sound like everybody else,’’ he told the online conference.

The idea behind the hyperlocalism, Cayabyab said, is “to write in one’s own language with the intent of contemporizing it and expressing your own stories, telling your own feelings and own stories.’’

“If we break the national barriers, if Cebuano songs, Ilongo, Bicolano, Kapampangan, Ilocano songs break into the mainstream, I think we are ready to break into world music,’’ he added.

Eleven other Ramon Magsaysay laureates spoke at the conference that ran from June 14 to 25: Mechai Viravaidya from Thailand, Saur Marlina Manurung

They interacted with students, young entrepreneurs, and Awardee

The program revolved around the premise: “Each one of us, ordinary as we are, are challenged to moments of greatness of spirit, when we choose to be empathetic, to listen deeply, and to connect and act together for a better Asia.”

The NextGen participants will regroup to pursue a project that sums up their collective insights from the conference and that will be implemented within the cycle of the program. TJ Burgonio