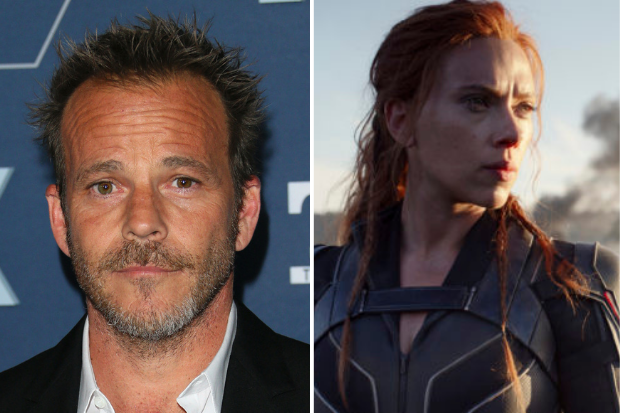 Stephen Dorff did not mince words as he criticized Marvel Studios’ soon-to-be-released film, “Black Widow,” stressing that he is embarrassed for lead star Scarlett Johansson over the movie.

“I still hunt out the good s**t because I don’t want to be in ‘Black Widow,'” the 47-year-old actor told The Independent in an exclusive interview yesterday, July 5.

The actor, described as “audacious and high energy,” made his remarks via a Zoom interview while he was at home in Tennessee in the United States, according to the report.

On movies like “Black Widow,” which is part of the Marvel Cinematic Universe, Dorff stressed: “I don’t want to be in those movies. I really don’t.”

Dorff added that he will just “find that kid director that’s gonna be the next [Stanley] Kubrick and I’ll act for him instead.”

“Black Widow,” directed by Cate Shortland, is finally set to premiere tomorrow, July 7, after being delayed three times from its original May 2020 release due to the COVID-19 pandemic.

The movie will see the first solo film of Johansson’s Marvel Cinematic Universe (MCU) character Natasha Romanoff aka Black Widow, which she has been portraying since the second “Iron Man” movie back in 2010.

Aside from the said film, Dorff also criticized this year’s Oscars, which was held last April, noting that the industry is “becoming a big game show.”

Dorff is known for starring in the 1994 cult classic “Backbeat,” 2010’s “Somewhere,” and most recently, 2020’s “Embattled.” Despite blasting the MCU film, Dorff also starred in the 1998 Marvel blockbuster “Blade” alongside Wesley Snipes.

Esteemed filmmakers Martin Scorsese and Francis Ford Coppola also got into a Marvel controversy back in 2019, when the two echoed each other’s sentiments that MCU films are “not cinema.” Ian Biong/JB