Loki is heading to ‘The Simpsons’ 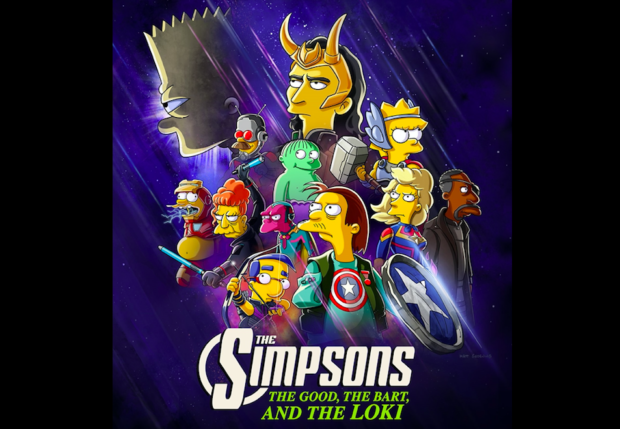 “The Good, the Bart, and the Loki” will be available July 7 on Disney+. Image: Disney+ via ETX Daily Up

Loki is taking a trip to Springfieldi! One of this week’s TV highlights is a long-awaited crossover between the hot series of the moment “Loki” and long-running cult animated series “The Simpsons.” Taking the form of a short film, the crossover lands this Wednesday, July 7 on Disney+, so mark your calendar

In the special, “Loki is banished from Asgard once again and must face his toughest opponents yet: the Simpsons and Springfield’s mightiest heroes. The God of Mischief teams up with Bart Simpson…”

The short film will pay “tribute to the Marvel Cinematic Universe of Super Heroes and Villains.”

The proof is in the poster, inspired by that of “Avengers: Endgame.” Actor Tom Hiddleston, who plays the character in the movies, has even taken on his role lending his voice to the “Simpsons” version of “Loki” for this new crossover.

Disney+ already drew inspiration from another successful saga in its stable; “Star Wars” gave rise to a crossover short film with “The Simpsons.” “The Force Awakens From Its Nap,” which featured Maggie Simpson, was unveiled last May.

The new Marvel Cinematic Universe series, “Loki” is a hit on the screen and on social networks. On TikTok, the hashtag “#lokiseries” has over 478.6 million views. The fictional character has also  joined the universe of “Fortnite.” JB