Jim Morrison: Did he OD or did he disappear? | Inquirer Entertainment
Close
menu
search

Jim Morrison: Did he OD or did he disappear? 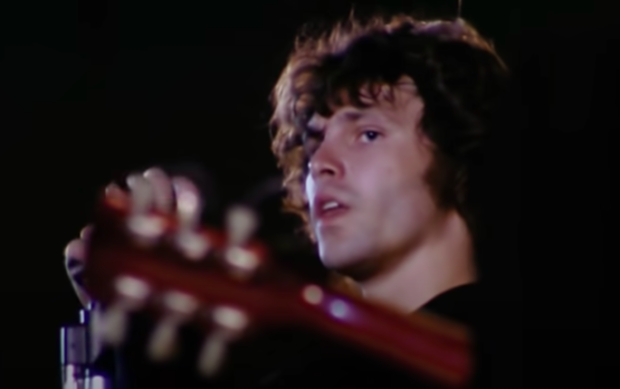 Five decades after Jim Morrison, frontman of rock group The Doors, was found dead in a bathtub in his Paris apartment, mystery still surrounds his death.

His untimely end at the age of 27 on July 3, 1971 stunned fans of the psychedelic band that broke fresh ground with such hits as “Riders on the Storm,” “People are Strange” and “Light My Fire.”

No autopsy was performed, with many believing he died of a drug overdose, fueling multiple conspiracy theories which continue to swirl today.

Morrison moved to Paris in 1971 after being convicted in the United States of indecent exposure and open profanity, after allegedly exposing himself during a 1969 Miami gig.

Sentenced to six months in jail, he lived in the French capital while appealing the verdict. He lived in a fourth-floor apartment in the Marais with his partner, Pamela Courson. It was she who found him dead, officially of a heart attack.

His death was made public two days later, by which time he had been buried at Pere Lachaise cemetery, final resting place of Oscar Wilde, Edith Piaf and Gertrude Stein, following a funeral attended by just five people.

Courson at first supported the heart attack theory, but over time gave varying accounts of his death before she died of a drug overdose in Los Angeles in 1974.

Here are some of the conspiracy theories:

A British journalist in 1983 pointed a finger at the United States Central Intelligence Agency, saying Morrison’s death was part of a plot to eliminate counter-culture figures.

Morrison’s father, George Morrison, was a rear admiral in the U.S. Navy at the time.

Others even more improbably suggested that the death was down to the French secret services or a Zionist plot.

In a 2007 book, rock writer Sam Bernett asserted that Morrison in fact died in the toilet of a Paris nightclub, the Rock’n’Roll Circus, apparently from an overdose.

Bernett, who managed the venue where singer Marianne Faithfull and Roman Polanski were regulars, said a couple of drug dealers dragged the body into a taxi and returned it to the apartment. The owner never told police what transpired, he added, for fear of scandal.

“The beautiful California boy had become an inert lump crumpled in the toilet of a nightclub,” Bernett wrote in his book “The End: Jim Morrison.”

“We were certain he’d been snorting heroin because there was foam coming out of his lips as well as blood,” Bernett wrote.

Another biographer believes that Morrison overdosed at the club but survived a few nights before his actual death.

In 2014 Faithfull said her then boyfriend, playboy and celebrity drug dealer Jean de Breteuil, a “junkie aristo” who also supplied Keith Richards of the Rolling Stones, gave Morrison drugs that killed him.

“He went to see Jim Morrison and killed him,” she was quoted as telling Mojo magazine. “I mean I’m sure it was an accident. Poor bastard. The smack was too strong? Yeah. And he died.”

She said she could have joined De Breteuil on his visit to Morrison’s home, but chose not to.  She added, “I could intuitively feel trouble.”

Did he fake his death?

The Doors organist Ray Manzarek once suggested another possibility. Recalling a 1970 conversation with Morrison, he wondered if the intense frontman had just faked his death to start a new life and leave his troubles behind.

In 2016, the internet buzzed with reports that Morrison was alive and well in the U.S. state of Oregon, living under the new name of William Loyer after a lookalike in his 70s was spotted there. JB