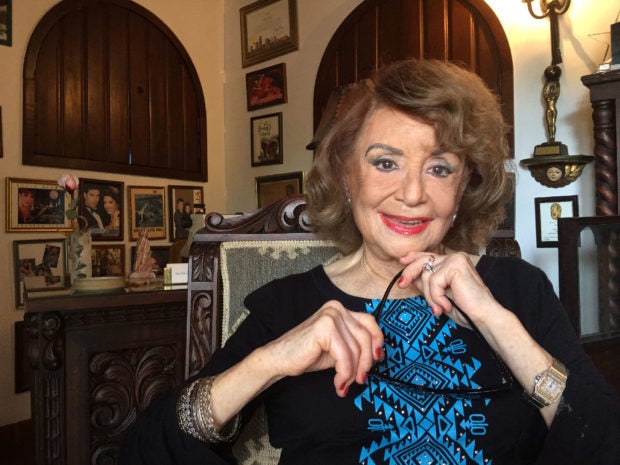 In this file photo taken on Aug. 15, 2018, Cuban writer Delia Fiallo, 94, poses in her studio in her house in Miami, surrounded by posters of some of her now classic Latin American soap operas in several languages. Image: AFP/Leila Macor

Cuban screenwriter Delia Fiallo, widely seen as “the mother of the telenovela” and the writer behind international hits like the soap opera “Crystal,” died Tuesday in Miami at the age of 96, her daughter-in-law confirmed to AFP.

A pioneer of the wildly popular romantic soap operas in Latin America, Fiallo, whose career began in the middle of the last century, told AFP in an interview in 2018 that she wanted to be remembered “as a person who loved a lot and who was very loved.”

Adored by her fans, Fiallo left her mark on United States Hispanic popular culture in the second half of the 20th century. She started her career in Cuba in 1950 with radio soap operas before writing her first television screenplay in 1957.

She then worked with Venezuelan television stations after leaving Communist Cuba for Miami in 1966, scripting popular shows like “Lucecita” in 1967, or global hits like “Esmeralda,” “Leonela,” “Cristal” and “Kassandra.”

In all, she wrote more than 40 works for radio and television during her long career.

The cause of her death was not immediately made public. JB