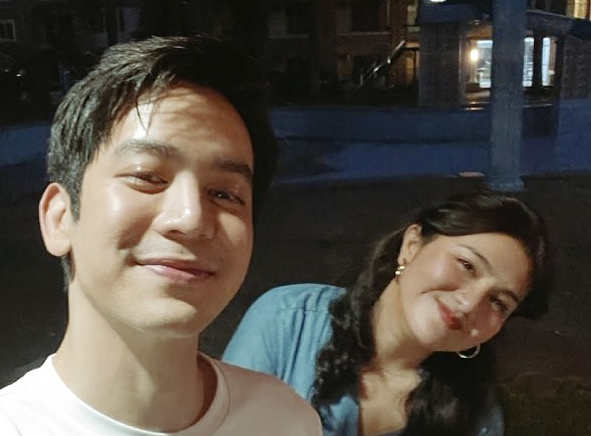 Joshua Garcia has officially joined Charlie Dizon, Dimples Romana and Jake Cuenca, among other stars, in the upcoming teleserye “Viral.”

Romana, meanwhile, took to her Instagram account also yesterday to welcome Garcia, emphasizing that she was excited to see him work with Dizon.

“[Who’s] excited to see his acting chops again on a teleserye??? I know I am!!! [heart emoji] Proud of you always. Can’t wait for you and @charliedizon_ to be in one scene together,” she added.

RCD Narratives, the unit behind “The Killer Bride,” announced “Viral” last February with Dizon, who will be playing her first main role in a series.

In the teaser shared by Dizon back then, it seemed that the show would focus on her character as a victim of a sex scandal that went viral.

Garcia’s role in the said series and the premiere date itself have yet to be announced as of this writing. He, Dizon, Romana and Cuenca will be co-starring with Ria Atayde, Louise Abuel, Vance Larena, Markus Paterson, Karina Bautista, Aljon Mendoza, Kaila Estrada and Jameson Blake, among others.

The said teleserye is being helmed by “The Killer Bride” directors Dado Lumibao and Froy Allan Leonardo. “Viral” is set to be released on the Kapamilya Channel, Kapamilya Online Live, iWantTFC and A2Z Channel 11.  /ra