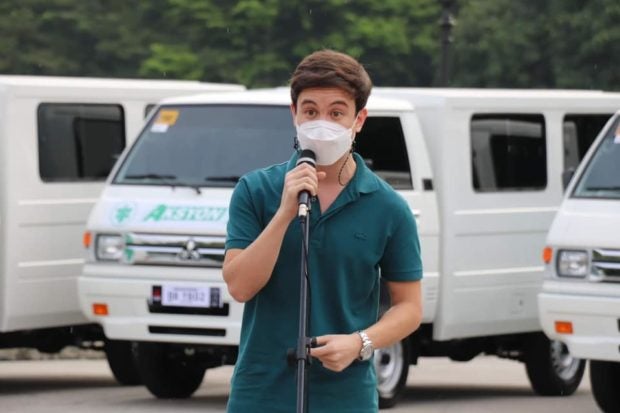 The first batch of the service vehicles will go to the city’s District 1 barangays, the QC government announced on social media yesterday, June 29.

(Thank you very much to Arjo Atayde for donating service vehicles to the barangays of the city’s District 1.)

(These vehicles will be used by our barangays to deliver service and action more quickly in their duty to the city.)

While no official announcement has been made, Aiko Melendez – who is running for congress in the next elections – revealed that Atayde is also planning to run for congress.

Atayde’s mother, Sylvia Sanchez, meanwhile, assured Melendez that Atayde will not be running against her to represent QC’s District 5, Melendez shared in a virtual news conference on June 17.

Atayde’s political thriller “Bagman,” which earned him his Best Actor title at the Asian Academy Creative Awards 2020, is, meanwhile, set to premiere on streaming platform Netflix on July 9.  /ra