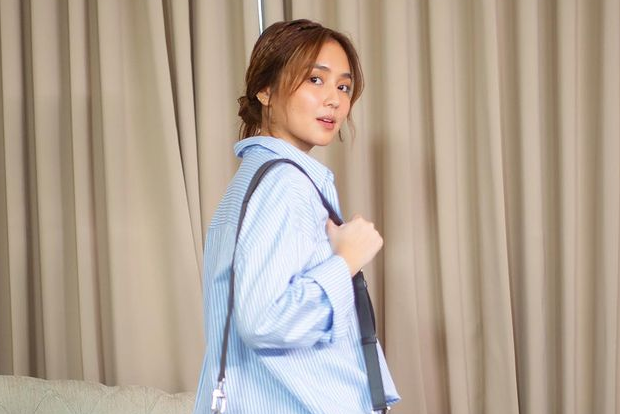 Kathryn Bernardo is not closing her doors to earning a college degree in the future, as she recalled a childhood dream of working behind the scenes.

Bernardo made the revelation while she talked to fellow actress Sofia Andres about the careers they would have picked if they were not celebrities, as seen on Bernardo’s YouTube vlog on Sunday, June 27.

Bernardo then recounted that as a child, she wanted to become a makeup artist, just like actor Dominic Ochoa’s wife, Denise Ochoa.

Bernardo told Andres that if she were to go back to her studies, she would take up marketing, communication arts or other programs that will lead her to behind-the-scenes work.

Bernardo added that being undecided about one’s future is “normal,” pointing out that age should not stop people from reaching their dreams.

“‘Yung iba na-fu-frustrate sila na they’re 25, but still hindi mo alam ang gusto mong gawin. That’s normal,” she noted. (Some people get frustrated that being 25, they still don’t know what to do with their lives. That’s normal.)

Bernardo previously enrolled as a marketing student in Enderun Colleges back in 2013. She had to stop her studies due to conflicts with her taping schedule for the 2013 TV series “Got to Believe,” where she starred alongside her boyfriend, actor Daniel Padilla. JB