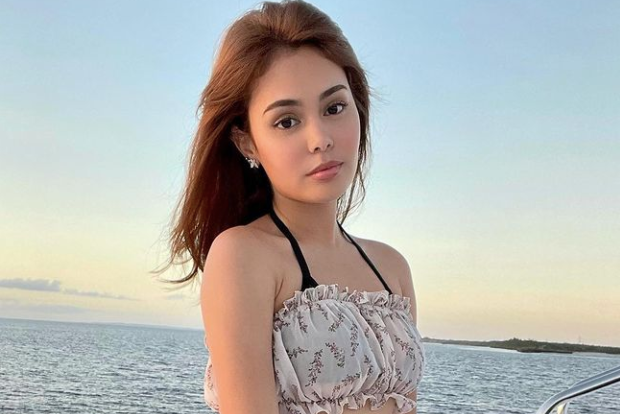 Ivana Alawi has recounted the times that she struggled and was rejected from several jobs in the past, saying that she was not pretty enough to be considered for projects.

The vlogger happened to bring up this revelation with her siblings Hash Alawi and Mona Alawi during a YouTube vlog “Questions I Never Asked My Brother and Sister” on Saturday, June 12. Ivana was asked by Mona about what pushed her to be their family’s breadwinner at a young age, given that it is not her responsibility to provide for them.

“Girl, I want to. Ako kasi yung tao na ever since lagi ko iniisip yung buong pamilya. Natural na sa akin,” Ivana told her sister. (I’m the kind of person who, ever since, always thought of the whole family. It’s natural for me.)

She narrated that when their father passed away, she took various jobs to support her family.

(I worked, I gave away flyers, I took gigs so I could help the family. There was even a time that I had no gigs because I was ugly.)

Mona said Ivana’s description of herself was not true and her sister was actually beautiful, but Ivana clarified that she was talking about the job rejections she experienced in the past.

“Uy, naging chaka [ako]. Gusto nila matatangkad. So, hindi ako pumapasa,” she explained. (I was ugly. They wanted someone who’s tall. So I didn’t pass.)

Ivana also noted that when she could not find a job, Mona worked as a child star, appearing in TV shows such as “Munting Heredera” and “Bukod Kang Pinagpala.”

Although Ivana is currently providing for them, Hash and Mona clarified they are not going to stop their sister from getting married in the future.

“That’s how life works. You [will have] a family,” Hash told Ivana. Mona also pointed out that she also wants Ivana to have her own kids because she knows it is her sister’s dream. JB