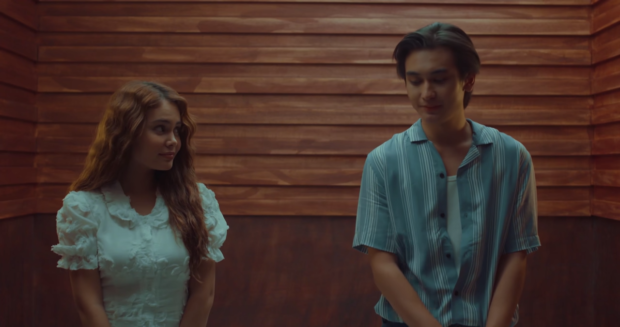 The video showed Alawi and Adie forming a connection during a short ride up on the same elevator, as seen on OC Records’ YouTube channel. Despite the short time they spent talking, the pair looked charmed by each other, in line with the song’s lyrics that some beautiful things come unexpectedly.

Other passengers joined Alawi and Adie in their elevator ride, so they only managed to sneak glances at each other from separate sides of the small elevator. The video ends with Alawi getting off the building’s 32nd floor and introducing herself as the titular muse.

The “Paraluman” music video was directed by actress Bela Padilla, and was executive-produced by Kean Cipriano, Vicente del Rosario Jr., Verb del Rosario and Lara Cipriano. It has since reached YouTube’s top 10 trending videos, with over 255,000 views in one day.

“Paraluman” was first released in March and has since been streamed over 2.6 million times on Spotify. Its official audio version has also garnered over 500,000 views on YouTube, as of this writing. JB