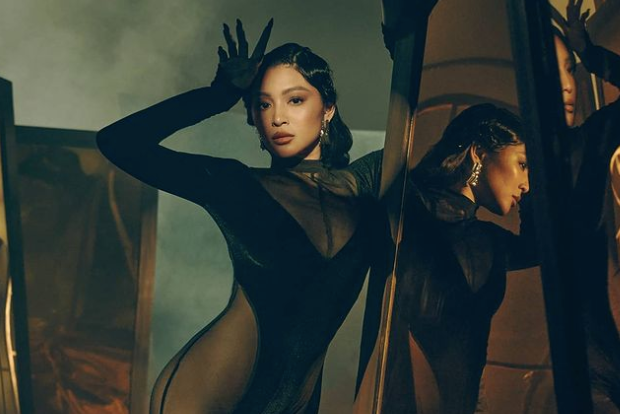 Nadine Lustre looked captivating as she went for a sultry and revealing look in a photo shoot for her upcoming virtual concert “Absolute Madness.”

The actress-singer donned a sexy black bodysuit while she was surrounded by mirrors in a dimly lit room, as seen in celebrity photographer BJ Pascual’s Twitter page yesterday, June 8.

The “Absolute Madness” concert will be held virtually on July 3, as seen in Lustre’s announcement, also yesterday.

“Dive deep into your wildest dreams and find that the chaos found deep within is just as beautiful,” she stated while showing the concert’s poster.

“Absolute Madness” will be Lustre and her label Careless Music’s first online concert. It is expected to be a “a sonic and visual experience like no other.”

The concert will feature songs from Lustre’s visual album “Wildest Dreams,” released in November of last year. It was also her first full-length project as an independent artist, made in collaboration with Careless’ co-founders Bret Jackson and ex-boyfriend James Reid.