Cannes readies glitzy return with lockdown films in the mix 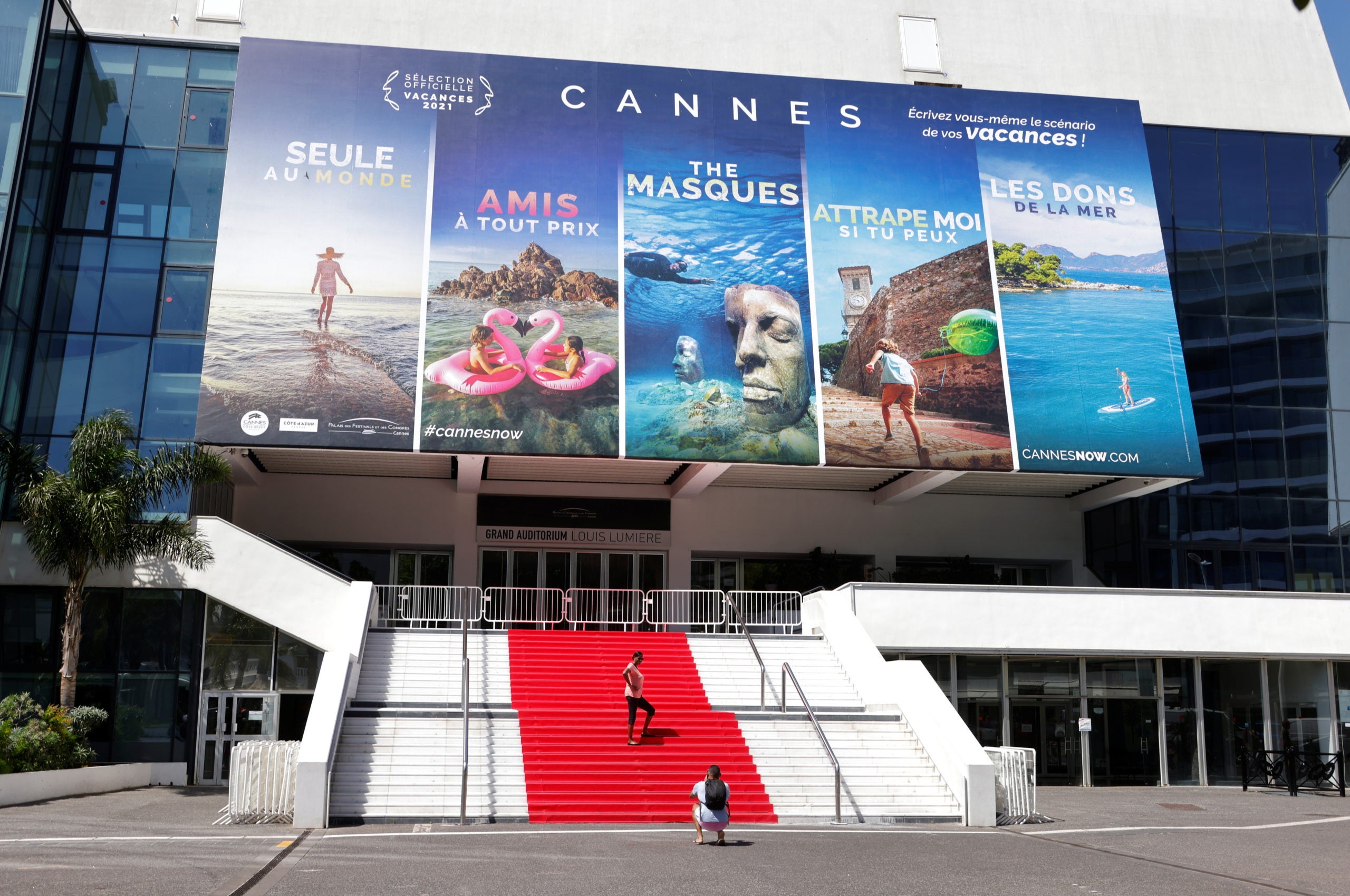 People stand on the red carpet of the Festival palace in Cannes as the French Riviera prepares for the 2021 edition of the Cannes Film Festival which will take place next July, in France, June 3, 2021. (REUTERS)

PARIS  – Sean Penn and Wes Anderson will be among heavy hitters vying for the Cannes Film Festival’s top award in July, when the cinema showcase is hoping international stars will be able to mingle at parties on the French riviera again.

Organisers of the world’s biggest film festival said on Thursday they were confident of being able to host dinners and beach screenings alongside the main competition as some COVID-19 measures are lifted in France.

Usually held in May, the extravaganza was cancelled last year due to the pandemic, and will run between July 6 and 17 this year. While there will be no “kissing at the top of the red carpet”, restrictions should not be too onerous, festival director Thierry Fremaux said.

Travellers from some countries such as Britain are still facing quarantine measures in France for now, but there will no longer be evening curfews.

After a Hollywood-heavy edition of Cannes in 2019, the comeback line-up features fewer big-name U.S. stars.

The selection competing for the Palme d’Or features some films anchored in COVID-19 times, with characters wearing face masks.

“Cinema will also have been marked by this,” Fremaux told a news conference.

French director Catherine Corsini’s “La Fracture” is set in a hospital in the present day.

Highlights will include “The French Dispatch” by Wes Anderson, known for his quirky “The Royal Tenenbaums” and “The Grand Budapest Hotel”. Anderson’s latest film, about a fictional U.S. newspaper office in France starring Bill Murray and Tilda Swinton, has been delayed since 2019.

“Flag Day”, a drama directed by Sean Penn, will also among the 24 films competing, with a jury headed by U.S. filmmaker Spike Lee.

Italy’s Nanni Moretti, who won in 2001, returns with “Tre Piani”, while Paul Verhoeven will present “Benedetta”, about a love story in a convent.

Adam Driver and Marion Cotillard star in “Annette”, a musical by Leos Carax that will premiere on the opening night.

French directors Francois Ozon and Jacques Audiard will also be presenting films, as will Iran’s Asghar Farhadi, Russia’s Kirill Serebrennikov and Thailand’s Apichatpong Weerasethakul, who won the Palme d’Or in 2010.

Outside the competition, Oliver Stone will screen a reworked version of his 1991 political thriller “JFK”, with new material.

Oscar-winner Jodie Foster, who first walked the red carpet at Cannes as a 13-year-old when she starred in “Taxi Driver”, will be presented with an honorary Palme d’Or.

Cannes’ organisers have long been at loggerheads with streaming giant Netflix, which produces its own films and has shown them some at festivals, but has objected to strict French rules about giving films in competition a cinema release.

Fremaux said two Netflix movies had been possible Cannes contenders, but no agreement had been reached on how to showcase them.