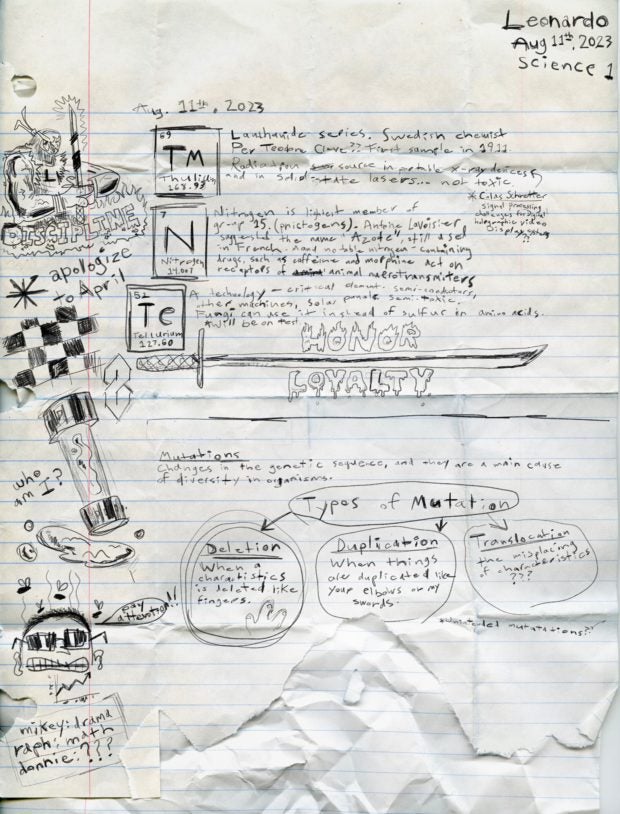 The said “TMNT” film, which will be CG-animated, will hit theaters on Aug. 11 in 2023, Rogen announced on Twitter earlier today, June 2.

Rogen’s announcement came in the form of Leonardo’s handwritten notes and doodles on a piece of crumpled paper, which includes the words “honor” and “loyalty” sandwiching a drawing of his iconic sword.

The said film reboot will be directed by Jeff Rowe with the script from Brendan O’Brien, as per Variety earlier today. Also producing under Rogen’s Point Grey Pictures production banner are co-founder Evan Goldberg and president James Weaver.