Lou Yanong has no regrets on split with Andre Brouillette, but open to getting back together | Inquirer Entertainment
Close
menu
search

Lou Yanong has no regrets on split with Andre Brouillette, but open to getting back together 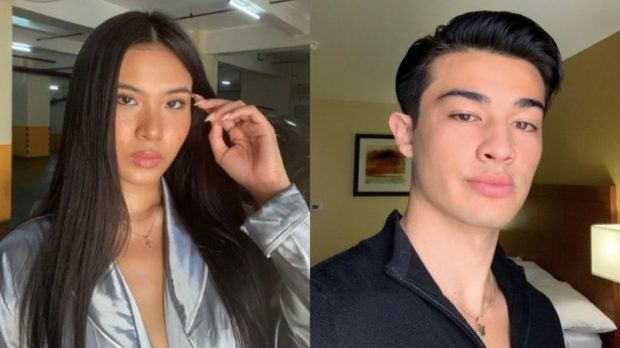 Former “Pinoy Big Brother” housemate Lou Yanong opened up about her breakup with fellow PBB housemate Andre Brouillette during the May 31 edition of the morning talk show “Magandang Buhay.”

During the show’s “Spell or Spill” segment, hosts Melai Cantiveros, Jolina Magdangal and Karla Estrada give their guests the choice to spell a lengthy English word or answer a personal question. Yanong chose to “spill” and was asked if she had regrets about her breakup with Brouillette.

It could be recalled that last January 2020, after almost two years of being together, Brouillette revealed in a now-deleted Instagram post that he and Yanong are mutually parting ways, saying they are “going on different journeys.”

(I feel like there are no regrets. I guess it’s just in the timing. We needed to get to know ourselves more and grow apart, sadly.)

(We don’t know what the future holds. Really, the main reason is distance. I always say [in this show] that we are always affectionate towards one another. Now, if we do not have that factor, it is going to be hard. But I still care about him and I’m sure that even while I don’t speak to him now, he still cares about me.)

Magdangal followed it up by asking if Yanong had any regrets in the relationship, to which she said there were none as well, further saying that meeting Brouillette and having that experience inside the PBB house is a once-in-a-lifetime opportunity.

Yanong and Brouillette met while competing in “PBB: Otso” back in 2018. At some point in the show, they had netizens buzzing after they drunkenly kissed during a pool party. Several days later, in an episode where the housemates were interviewed by Boy Abunda, Brouillette publicly asked Yanong to be his girlfriend, to which she said yes.

(I feel like we already gave the purpose we had for each other, we learned a lot and there are some purposes that do not last for a lifetime.)

Going back to the reason for Yanong and Brouillette’s split, Estrada asked the former if the couple fought to keep the relationship alive, to which she said they did.

(We fought for it, so much. We tried. We would have not broken up without trying to fight for the relationship.)

Asked if there are trust issues in the relationship, the model-actress said there are none and they were just merely longing for each other during their long distance relationship.

When asked if she would ever accept Brouillette if he ever comes back for her, she answered, “Pag-uusapan po. […] Opo, mapag-usapan. Baka pwede mapag-usapan.”

In the beginning of 2020, Yanong took part in the stage adaptation of the hit 1990s series “Tabing Ilog.”  Brouillette, meanwhile, was the talk of the town recently after being linked to Miss Universe Philippines Rabiya Mateo. The two were spotted together in the United States.

The beauty queen debunked romance rumors between her and Brouillette, stating that they are only friends and workmates. Brouillette himself quashed the rumors. JB