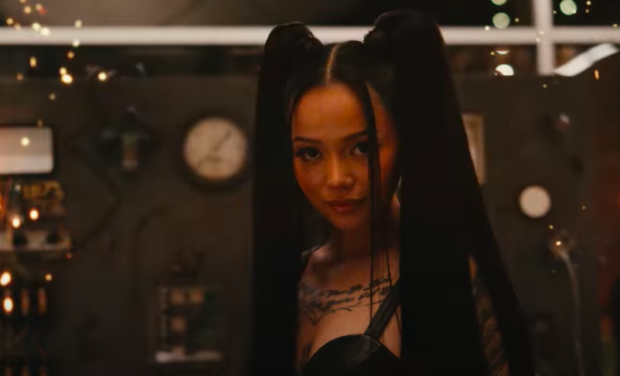 Bella Poarch in the music video for “Build a B*tch” (Image: screengrab from YouTube/Bella Poarch)

Poarch’s debut single “Build a B*tch,” which dropped just two weeks ago, claimed the 58th spot on the said chart, Billboard announced yesterday, May 27. The TikTok star has since shared the good news via her own Facebook page.

In “Build a B*tch,” Poarch calls out men who expect women to be perfect and built to their preferences as if they are making dolls.

“Build a B*tch,” which is also an anti-body shaming anthem, premiered along with a music video that has so far gained over 112 million views on YouTube.

In the said music video, Poarch is joined by several other internet stars including Filipino American friends Bretman Rock and Rachel Hofstetter a.k.a. Valkyrae, as well as former adult film star Mia Khalifa, among others.

Before entering the music scene, Poarch rose to fame via TikTok for her video lip-syncing Millie B’s “M to the B,” which was hailed as the biggest viral video on the platform last year.  /ra

P-pop group BGYO debuts at No. 2 on Billboard’s Next Big Sound chart