Catriona Gray denies not supporting Rabiya Mateo: 'Not everything is on display' | Inquirer Entertainment

Catriona Gray denies not supporting Rabiya Mateo: ‘Not everything is on display’ 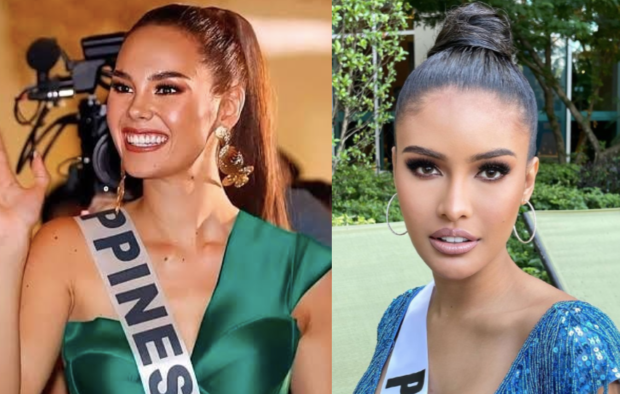 Miss Universe 2018 Catriona Gray clarified that she has been reaching out to current pageant candidate Rabiya Mateo privately amid accusations that she is not supporting her.

“It’s [Miss Universe] season again!” she said as she showed a photo of her arrival in Thailand back when she competed for the pageant, through her Instagram page on May 7.

“Seeing all the arrival looks so I’m reminiscing my own arrival look in Thailand. (Definitely one of my favorites!) Who are you all cheering for?” she asked her fans.

Some netizens however expressed their dismay, stating that Gray did not mention or show support for Mateo.

“Should’ve you at least [mentioned]/[supported] our Ms. Universe Philippines candidate?” one @peter.bnvtr asked her.

Responding to the accusations, Gray stated that she has been showing her support for Mateo privately and has not been talking about it on social media.

“I’ve reached out to [Rabiya] throughout her journey privately. Not everything is on display on social media,” she said.

Responding to another netizen, Gray also stressed that the Miss Universe pageant is a “celebration of women from all over the world.” 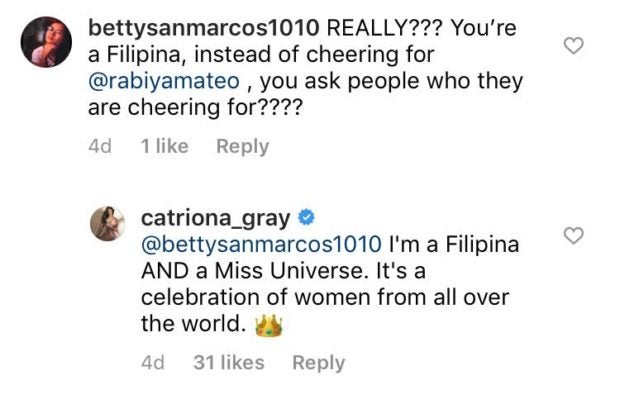 Mateo is all geared up for the Miss Universe pageant which is set on May 16. She is hoping to win the Philippines its fifth crown, following Gray, Wurtzbach, Margie Moran and Gloria Diaz. JB