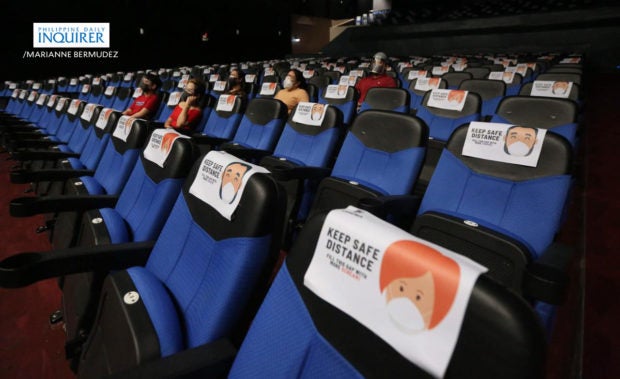 To survive the pandemic, the group called for a tax holiday since they have to pay amusement tax, “shooting fees,” and other taxes to the national government and local governments.

MANILA, Philippines—  The country’s film industry, which employs about 300,000 people, is calling for a tax holiday after incurring around P16 billion in losses since the pandemic hit the country last year.

Despite earning P13 billion in 2019, Atty. Josabeth Alonzo, corporate secretary of the Philippine Motion Picture Producers Association of the Philippines (PMPPAP), said that the local film industry has been losing P16 billion since March.

“In the year 2019,   the entertainment industry, particularly movies, we’re able to generate P13 billion in income for the country,”  Alonzo told the Senate committee on economic affairs on Tuesday.

“But from mid-March of 2020  up to the present, we’ve lost somewhere like P16 billion already,”  she added,  as the committee, headed by Senator  Imee Marcos, tackled the government’s programs for local industries hard-hit by the pandemic.

Last year’s Metro Manila Film Festival, Alonzo said, was a “failure” after bringing in only P25 million compared to P1 billion in 2019.

To survive the pandemic, the group called for a tax holiday since they have to pay amusement tax, “shooting fees,” and other taxes to the national government and local governments.

Alonzo said the group hopes the LGUs would waive the amusement tax and shooting fees “to give us a break.”

Along with the losses and taxes they have to pay, the group also noted that production costs increased by over 30 percent to 40 percent since they needed to follow health protocols to keep their workers safe from Covid-19.

Roselle Monterverde, president of Regal Films,  echoed the  PMPPAP’s  call, lamenting that the local movie industry is now in a “survival mode.”

Aside from amusement tax and “shooting fees,”  Monteverde said they also pay a 12-percent value-added tax (Vat) imposed on revenues and production costs.

“So until we really can’t survive this and you know from the time that we can recover, we’re really asking for a tax holiday with the national…which is the VAT and also the withholding …,” she said.

“With regards to the location fee, some of [these] are really not official. A lot of our expenses when it comes to location fees are unofficial. You know what I mean   with that, Senator Imee….”

“It’s like we’re being bullied a lot of times, sad to say. I’m very being blunt about it …And this time, it’s no joke anymore. It’s not a joke anymore,” Monteverde further  said,

She did not elaborate but stressed that the film industry needs the government’s support so they could also continue to provide work for people in the industry.