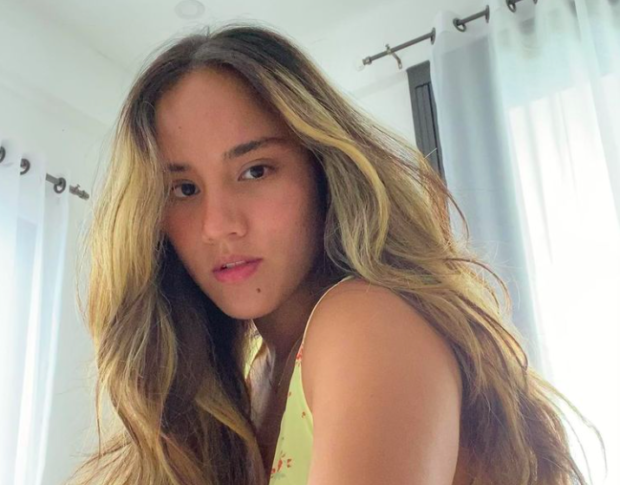 Juliana Gomez is not thinking of love just yet, but her mother, Leyte congresswoman Lucy Torres, gave her relationship advice for when she does find herself in love in the future.

Gomez was asked if she would rather have a boyfriend who is handsome but not so intelligent, or smart but not good-looking, during an exclusive interview with Bandera’s “Showbiz Plus” on Mother’s Day, May 9. But before Gomez could answer, Torres told her she does not have to choose at all.

“Hinde, hinde. Hanap ka ng both. Bakit ka kailangang mamili, eh sa Diyos ka naman hihingi, di ba?” Torres said as she reminded her daughter to be careful what she prays for. (No, no. [Ask] for both. Why do you have to pick if you’re going to ask from God?)

(When you say, “God, it’s OK if you give me an ugly partner as long as he’s kind,” he will really give you someone ugly but kind. You are asking from God, so go all out.)

But finding love is actually not part of the young and thoughtful Gomez’s priorities right now.

“I don’t want to get married at 20. I’m still in college. I don’t know what I want to become yet. I haven’t figured it all out yet. I feel younger than ever,” Gomez explained.

At the moment, she enjoys being around her friends who visit her home and have been treated by Torres as part of their family.

When asked about what questions annoy her the most, she said it is whenever she is asked about why she does not want siblings, because it is not the case. Gomez clarified that she actually does want to have a brother or sister.

“It’s always been okay with me. People always think that I don’t want a sibling, I don’t think I ever said that I didn’t want one,” Gomez answered. Meanwhile, Torres also stated that she and her husband, actor and Ormoc mayor Richard Gomez, accepts God’s will for them to have only Juliana now.

When asked if she ever considered being an actress, given that both her parents are from showbiz, Gomez said acting and being in the spotlight never really interested her.

“It (acting) never interested me because I always wanted to be behind-the-scenes,” she said, adding that she might consider working behind the scenes instead, perhaps through producing or directing documentaries, should that be a path she would take.

“If ever I do get into production or anything of that sort, I think that would be far-off in the future just because I haven’t really started honing that craft,” she explained.

Meanwhile, if she were to become a politician, she said that she would probably advocate for Filipino athletes to get the support they need to become world-class. This she said comes from her experience of having been exposed to various athletic communities and seeing their plight.

But for now, Gomez is simply just focused on her passions such as sports and art, in flowing “like water” to whatever life presents her, and enjoying being young. JB